Last month, an official of the National Labor Relations Board ruled that scholarship football players at Northwestern University in Evanston, Ill. are employees of the school, and are therefore eligible to unionize.

In the 24-page ruling, the board’s regional director Peter Sung Ohr declared that players are under the “strict and exacting control” of the coaching staff throughout the entire year. Although the university has said they will appeal the decision to the board’s national office, as of now, Northwestern players are set to vote on April 25 on whether the College Athletes Players Association will represent them.

The CAPA was formed by three former college athletes, including Kain Colter, who started at quarterback for Northwestern last season. According to their website, the organization hopes to allow players to collectively bargain for reforms in various aspects of college sports. United Steelworkers, the largest industrial union in the world with more than 1.2 million members, is providing funding for the legal team representing CAPA in front of the NLRB.

The ruling only applies to private schools, who fall under the governance of the NLRB, so it won’t have a major impact on the NCAA, at least not yet. It could, however, serve as a precedent and encourage student athletes at private universities to organize and appeal to their state labor boards. More than anything, the ruling sends a message to the NCAA that it’s time to stop fighting to maintain control over student-athletes.

I’ve long been of the opinion that athletes in revenue sports at Division 1 programs should get a better deal. A full ride scholarship is all well and good, but considering the money universities generate from their athletics programs, it’s pretty meager. According to the ruling, over a nine-year period from 2003-2012, Northwestern generated approximately $235 million in revenue from its football team. Of the 112-man roster, 85 players receive scholarships with an average value of $61,000 per year. That means that over the nine-year sample period, football players saw less than 20 percent of the revenue they were primarily responsible for generating, and indirectly at that. Coaches, on the other hand, pull in salaries well into the millions of dollars. Pat Fitzgerald, Northwestern’s football coach, became the university’s highest paid employee in 2011, earning more than $1.9 million in base pay each season (before bonuses and other incentives).

A pay-for-play scheme where athletes receive actual paychecks instead of just their scholarship benefits isn’t CAPA’s endgame, however. They hope to guarantee medical coverage for injuries sustained on the field by current and former athletes, increase scholarships and allow players to benefit from commercial sponsorships, and secure due process rights for players accused of rules violations. Those seem entirely reasonable to me, so it’s a bit surprising how vehemently the NCAA and Northwestern administration is fighting against it.

Fitzgerald told the media he’d advise his players to vote no to organizing under CAPA. He has until 24 hours before the vote to discuss the issue with his team, and my guess is it will be a common topic over the next few weeks. NCAA chief legal counsel Donald Remy said in a statement that the NCAA is “disappointed” with the ruling, and “strongly disagrees with the notion that student-athletes are employees.”

Still, I’d be surprised if the Northwestern players didn’t vote in favor of unionizing. Just over half need to approve of the measure to pass it, and Colter’s influence is likely still felt in the locker room. Regardless of the outcome, expect some division between Northwestern coaches and athletes this season; this is sure to be a hot-button issue with vocal leaders on both sides of the aisle.

The biggest takeaway from this ruling and the upcoming vote is that the status quo in the NCAA is in jeopardy. College sports has been evolving into an increasingly lucrative business for decades, and continuing to pretend that athletes are amateurs isn’t a smart move for the league. The athletes are the ones who sell the tickets, and it’s only a matter of time until they realize they hold the power in these negotiations. 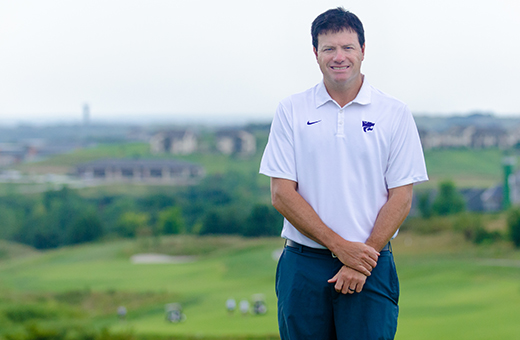