Home Culture Feature Differences for introverts, extroverts in the classroom

According to the Myers-Briggs Typology Assessment, whether someone is an introvert or extrovert is based on how they “recharge,” or get their energy.

In this definition, extroverts often thrive and find energy from being surrounded by their peers. In contrast, introverts feel drained after being around others for an extended period of time and require time alone to re-energize.

Challenges
With each personality style comes different challenges in a collegiate setting.

“Studying alone is very difficult for me,” Hornsby, who identifies herself as an extrovert, said. “I like to study with people, but sometimes you don’t have people to study with.”

William Lienberger, junior in agribusiness, said his personality defines him as extroverted. Sometimes, though, Lienberger said he thinks his outgoing mannerisms may get him in trouble.

“A challenge for me is speaking before I think,” he said. “It can get you in trouble like with a job or internship. It could also hurt connections for the future.”

Other challenges some extroverts have experienced include continuing conversations with fellow classmates, instead of being focused and attentive to what’s happening in a class.

“Working with a full group of extroverted people, everyone wants to do things their way,” Hornsby said. “And they’re more vocal about it. I think sometimes it’s better to have people that are just going to go with the flow.”

Introverts have challenges in similar areas as extroverts, but for different reasons.

“I’d rather just know what I need to do and get it done myself, instead of trying to collaborate ideas with others,” Chacon said.

Chacon said she also finds it difficult to make new connections with her peers.

“I don’t like small talk,” Chacon said. “It’s really a struggle for me to meet new
people and initiate the conversation.”

Although Chacon said it may be difficult to make new friends as an introvert, she said she finds that a benefit is being able to hold heartfelt conversations and be invested in the lives of her friends.

Professors and advisers may have to handle each personality type differently in their classes or meetings.

Rebecca Dale, adviser for the department of hospitality management and dietetics, said she changes her level of energy depending on if she is meeting with an introverted or extroverted student.

“With introverts, I know I need to be on their same level, maybe being a little bit quieter,” Dale said. “They take their time with their answers, so I don’t rush them.”

“If it’s a big lecture and there are 100 people in the class, the extroverts are going to talk and the introverts won’t,” Dale said.

Dale also said for the introverted students, it would be beneficial to give a paper survey that they could put their name on for credit, but wouldn’t have to say their thoughts out loud to the class.

There may be challenges each personality style faces, but there are benefits for both, as well. Introverts take time in thinking before they speak allowing them to formulate well-thought out answers, while extroverts enjoy creating new friendships with everyone they interact with.

“I’m an extrovert, so I get excited to be around new people, meeting new people and talking to people,” Hornsby said.

Misunderstood
Introverts are sometimes misunderstood. While they are generally more reclusive than extraverted people, it doesn’t mean they don’t dislike being around people.

“A benefit of being an introvert is being able to talk in front of a large crowd,” Chacon said. “It’s easier to talk to a group of people that I don’t know rather than a one-on-one conversation with a stranger.”

While many introverts may prefer to spend time alone or in small groups, it doesn’t mean all of them like to be alone 100 percent of the time.

“Introverts are fueled by their alone time, but that doesn’t mean they always have to be alone,” Hornsby said. 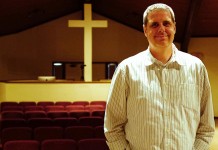 Local pastor: life as an introvert

Local pastor: life as an introvert