In recent years, the number of diabetes cases has skyrocketed, including hundreds of millions of cases worldwide and 179,000 Kansas adults.

Diabetes, the metabolic disease which causes the body to produce little to no insulin, or to not respond to insulin that is produced, results in elevated blood glucose levels.

According to the International Diabetes Federation, the number of people living with diabetes has accelerated and will continue to do so. The latest estimate from medical experts, illustrated in IDF’s sixth edition Diabetes Atlas, show that diabetes cases have hit a record high of 382 million worldwide, making it the seventh deadliest disease in the U.S. By 2035, that number is estimated to rise to 592 million.

If glucose (or blood sugar) is not moderated, it can cause severe complications like damage to the blood vessels than can lead to heart disease, kidney, nerve and eye damage, and stroke.

“There are two basic types of diabetes: type 1 and type 2,” Jody Kenny, registered nurse and president of the Diabetes Advisory Board, said. “Type 1 is
where the body doesn’t make any insulin at all, and so the body’s
autoimmune system destroys the beta cells in the pancreas.”

Personal experience
Susannah McCord, sophomore in family studies and human services, was diagnosed with type 1 diabetes when she was 10 years old.

For McCord, transitioning to college while managing her diabetes wasn’t that hard.

“My parents have always raised me to be independent when it comes to my diabetes,” McCord said. “So it wasn’t really all that difficult just because for the most part, I was already doing everything on my own.”

McCord said there are times when her blood sugar spikes up or gets really low. She has to tell herself she doesn’t feel good and decide what she wants to do about it.

While her type of diabetes allows her more dietary freedom than type 2 would, she still has to be aware of the food she eats, she said.

“With my diabetes, I can eat whatever I want, so finding things to eat has never been a problem,” McCord said. “It’s kind of the same as high school. You’ve just got to be aware of what you’re eating.”

McCord said her diabetes stems from genetics; she has an older brother who is also diabetic. She followed his footsteps to help her transition into caring for her diabetes at 10 years old.

For McCord, her hormones are one of her biggest challenges in managing her type 1 diabetes.

“The control of my diabetes has changed a lot, because hormones affect blood sugar,” McCord said. “So growing up, going through puberty, it fluctuated a lot.”

Diabetes types
According to Diabetes Care Services and Pharmacy, type 1 diabetes is like a “domino effect.” It is insulin-dependent and stems from
the body’s attempt to destroy insulin-producing cells in the pancreas. As a result, the body is unable to produce insulin, leaving
glucose in the blood to damage organ systems.

Type 2 diabetes stems mostly from poor nutrition and lack of exercise; it is the most common form of diabetes.

Kansas, national costs
“According to the (Center for Disease Control and Prevention), as of 2010, there was approximately 179,000 adults in Kansas diagnosed with diabetes,” Kenny said. “That’s around 8 percent of the adult population.”

Kenny said this increase could be due to a combination of factors including age, genetics, ethnicity and obesity – all of which contribute to the disease.

The older the population, the
higher the risk of diabetes. Though age may not be a factor that students feel they have to worry about now, the CDC has stated that anyone from the ages of 18-76 can develop type 2 diabetes if they do not actively take care of their bodies.

While eating healthy and exercising may seem difficult for some students, living a healthy lifestyle is beneficial, especially in the long run, Kenny said.

“Basic healthy
eating and eating three meals a day including fruits and vegetables throughout
the day, staying away from concentrated sweets, and simply eating less
fats and fast foods (is good),” Kenny said. “And getting at least 30 minutes of moderate activity a day can all lower your chances of getting diabetes.”

According to the American Diabetes Association, the estimated total cost of diagnosed diabetes cases reached $245 billion in 2012, rising from $174 billion in 2007, an increase of approximately 41 percent.

Components of this estimated cost include, but aren’t limited to, hospital inpatient care (43 percent of the total cost), prescription medications to treat complications of diabetes (18 percent) and anti-diabetic agents and diabetes supplies (12 percent).

Reed said managing diabetes can be detrimental for their wallet.

“Probably the minimum cost for someone who is not out of
control would be about $130 to $160 dollars a month just for the
insulin,” Reed said.

This is roughly the cheapest amount an uninsured diabetic would pay monthly for their insulin depending on dosage and how often they need it, she said.

Reed said It can also be harder to be social when managing diabetes because a lot of social events revolve around food.

“We go to meetings around lunches and dinners, and the holidays we eat crazy food,” Reed said. “It’s really hard to be social and not feel like you’re depriving yourself. It’s just easier to eat those things.” 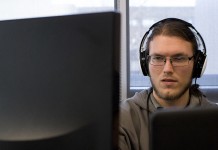