“Most military officer families like to uphold a tradition of sending their children into military service as an officer,” Noah said. “My dad never really pushed military life at all. He kind of just wanted us to be the best that we could be, and he always wanted us to have a choice in everything we did. But he always wanted us to focus on giving back to our country in any way possible.”

Though he did not officially sign a contract into the program until his senior year of high school, Noah said he always knew he wanted to use his future job to give back.

“I knew I wanted to be an engineer, because I was always the kid who loved Legos,” he said. “As I got older, I tried to think how I could be an engineer while at the same time being able to give back to the country. ROTC is the best way I saw possible.”

Growing up, Noah moved around with his family in the military. He was born in Florida and lived there for a year, then moved to Oklahoma for three years. Later, he moved to South Korea for three years; he has lived in Leavenworth, Kan. since then.

For Noah’s dad, having both of his sons in the military is special.

Noah is one of the few ROTC students that were awarded a four-year scholarship. It is an all-inclusive scholarship to pay for his time at K-State. In return, he will serve a minimum of eight years in the military.

Noah said he would like to use his construction science degree to build horizontal and vertical construction. This could be anything from building roads, large objects for military use or clearing out fields, he said. Right now, the biggest use for engineers in the Army is to rebuild infrastructure in Iraq and Afghanistan and support other military forces.

Along with performing his duties as a full-time student, Noah wakes up at 6 a.m., five days a week to go to physical training.

“Other college kids may be staying up until 1 or 2 a.m. on a regular basis, but most of us will be in bed at least by midnight,” Noah said. “It hinders my sleeping schedule, but it definitely makes me enjoy my weekends a lot more. This is just the standard that we have, because it’s how it’s going to be for the rest of our lives.”

Though he has given up some sleeping hours, Noah has also gained a wide variety of experiences from joining ROTC. He went on a Cultural Understanding and Language Program this past summer in Toga, Africa. The CULP program is similar to a university cultural exchange program, except it is through the U.S. Army.

Noah’s teams’ mission, while there, was to teach conversational English to military cadets at Toga’s military academy.

“They already know basic English, but they don’t really speak it that often,” Noah said. “We got to go out and teach them how Americans say things, and we also got the opportunity to teach some classes. It taught me a lot about what their lives are like, and they also got to learn about our lives.”

He said he has also gained leadership experience. By military science level 3, participants are juniors in school and lead a group of MS-1 and MS-2 students, typically freshmen and sophomores. These MS-1 and MS-2 groups can sometimes be as large as 30 students. It is on the leader’s shoulders to let their group know times and locations that they must meet in order for them to succeed in the program.

“I think ROTC has really helped Noah become the leader he is today,” Chelsea Webb, sophomore in occupational therapy and Noah’s girlfriend, said. “It has made him very time oriented and organized. Even the formal that he planned for Delta Chi (fraternity) this weekend was timed out exactly, so that everyone knew the schedule and what was expected.”

Noah said he has tried to make his experience in
college a well-rounded one. He takes
part in the ranger buddy competitions within ROTC where he gets the opportunity
to compete and test his skills as a ranger. He is also member of Delta Chi and the Society of American
Military Engineers.

While members of K-State’s family serve their country, K-State serves them 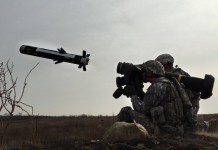 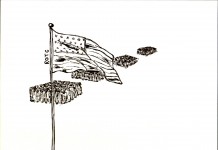