It’s all about family at K-State, especially when it comes to athletics. The word alone can be seen almost anywhere pertaining to K-State athletics, whether that be on the names of stadiums, billboards or even on sleeves worn by athletes during games.

“The family atmosphere is not just in the athletic department but just students overall,” Blair DeBord, senior catcher for the K-State baseball team, said. “This isn’t a school where athletes are separated from students, and it’s not a school where students don’t want to be in groups for school projects with athletes. They are pretty receptive, and I appreciate that. I think that’s really a lot different than other places.”

That family atmosphere may be a main reason for why prospective student athletes come to K-State, whether they are from across the country or even from right here in Manhattan. Some universities preach family, but DeBord said it’s not just all talk at K-State.

“I just love the family atmosphere whether it be in Aggieville or whether it be at football games or basketball games,” DeBord said. “The athletic department says the whole ‘family’ line, but I really feel like this university is a family.”

To have a healthy family, everyone must work together and do their part. The same can be said for a successful team. When everyone works together and does their job, a team can be that much better.

However, that family goes further than just the players on the team. It is also the coaches, the players and even the people who show up at the break of dawn to begin tailgating for a game that might not take place for another eight hours.

“We can’t do it without our family – each other, the fans and even the coaches,” Charmeachealle Moore, junior linebacker for the football team, said. “We’re all in it together.”

The biggest gatherings for this purple-clad family happen in the fall at Bill Snyder Family Stadium when the Wildcats take to the gridiron. When the place starts rocking, there are few environments in college football that can replicate the experience.

“The fans get it going; they get us going, and it’s just electrifying,” Moore said. “Then, being out there on the field with my brothers is electrifying.”

Another thing that caught Moore’s eye was the first time he witnessed K-State fans do the Wabash Cannonball.

There are places away from campus and athletics in Manhattan that the family feeling is still very evident. If DeBord was hosting a prospective student athlete, he said Aggieville would be somewhere that would be a must-visit. 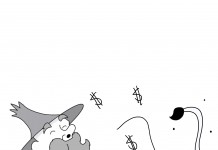 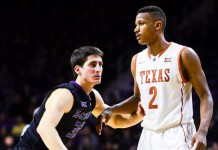