“I would think that 77 percent is about right,” Ciara Chambers, junior in political science, said. “I see people in class making weird faces all the time. I think way less people do the Snapchat stories though.”

Snapchat is an app for smartphones or tablets that allows users to take photos, add filters, draw on or otherwise edit the photo and send it to anyone on their contact list. Each photo can be viewed by the recipients for no longer than 10 seconds before becoming inaccessible.

“I’d say I somehow manage to use Snapchat just about everyday,” Matthew Hanson, freshman in biology, said. “I end up on it a little too much sometimes, which can lead to not paying attention in class. But, when there is something that needs to be done, I put it down and don’t worry about it at all.”

Facebook recently offered $3 billion to buy Snapchat, but Snapchat turned down the offer. Snapchat has yet to monetize, but could potentially make money off of selling advertising to companies.

“I have opened a Snapchat from somebody I don’t know in the past,” Brigid Hornsby, junior in hotel and restaurant management, said. “I am more interested in looking at Snapchats from my friends and acquaintances to have a conversation with them. I don’t really like opening Snapchats from random brands.”

Other students, however, said they think opening Snapchats from brands may be something of interest to them.

“If you can choose to have certain stores or brands send you snaps of different products, then I think that would be pretty cool,” Cody Isern, freshman in journalism and mass communications, said. “However, there is a fine line with that, because I would not want 50 percent of my snaps to be just marketing.”

The study found 70 percent of college students use Snapchat the most on Friday and Saturday nights, and 81 percent use Snapchat more often during the late afternoon and into the night.

“I mainly use Snapchat on the weekends, and I feel like that is when I get the most snaps sent to me,” Kathleen Hail, junior in secondary education, said. “If something exciting happens or abnormal, I may Snapchat somebody I don’t normally Snapchat. But otherwise, it is mostly the same people during the week.”

The most popular reason Sumpto found that students use Snapchat was for creativity purposes (37 percent,) keeping in touch (27 percent) and for the fact that it was easier than texting (23 percent).

“I really like to use Snapchat because it is more fun than texting,” Hannah Sharp, junior in finance, said. “It is a little easier than typing out a text message, but I mostly just like to see what my friends are up to.”

Since it was launched in September 2011, Snapchat has been associated with sexting. The Sumpto study found that only 2 percent of poll respondents listed sexting as their primary use of the service.

For college students, the app is used for other functions.

“I mostly just do random things on Snapchat,” Andrea Hopkins, junior in industrial engineering, said. “I Snapchat if I am doing something cool, and I usually end up Snapchatting more on the weekends. I never really associated it with sexting at all.”

The company’s co-founder, Evan Spiegel, has attempted to make it clear that Snapchat is not for sexting, but rather for selfies, “uglies,” videos of people drinking and photos of food. 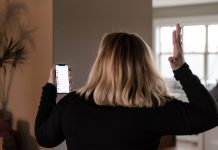 Is the new Snapchat update worth it?

OPINION: Racist jokes are not okay, students must lead by example

OPINION: Witch-hunting does nothing to stop racism on campus

OPINION: Witch-hunting does nothing to stop racism on campus