K-State is only returning half of their starters from last season. That makes the Spring Game even more important for players and coaches, as a lot of starting spots are open. The depth chart will not be set in stone until transfers and freshmen are mixed in to the team, but players can make early impressions on coaches.

It’s no secret that with the graduation of running back John Hubert, K-State has a gaping hole in the running back department. With former quarterback Daniel Sams’ move to wide receiver, the Wildcats can expect his rushing production to drop dramatically. The Spring Game will give fans an idea of what senior running back DeMarcus Robinson can do if he earns the starting role.

K-State returns many key playmakers, like seniors wide receiver Tyler Lockett and quarterback Jake Waters. The Wildcats found their stride on offense late last season, and are poised to be an explosive offense in 2014.

Fans will be able to get a sneak peak at the returning players for K-State quite a while before the real season starts. Spring games are activities built for the entertainment of those who support the athletic program. The Wildcats will forgo their 15th and final practice in order to play the Spring Game. 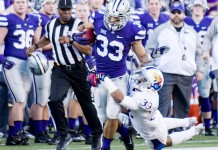 Grading the game: Lockett, seniors explode against the Jayhawks 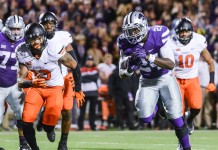 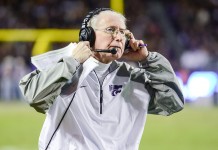 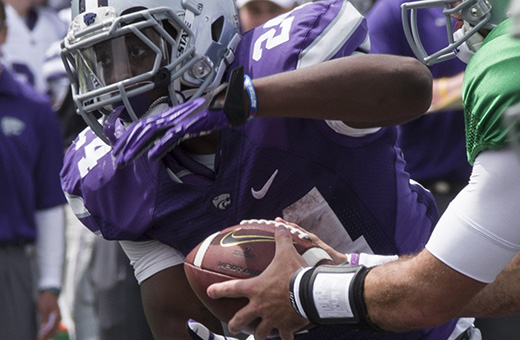