The question up in the air, as it always is this time of year, is whether or not these players will make the needed improvement to adjust to playing on the biggest stage in college football come fall.

The even bigger question is, can they do that before they travel to their first Big 12 game in Ames, Iowa as they take on Iowa State? Furthermore, can they do it before their primetime showdown against national runners-up Auburn, who won the SEC title last year?

The Wildcats lost three of their most experienced players in the defensive backfield this season: Kip Daily, Dorrian Roberts and, most importantly, their four-year starter Ty Zimmerman. Replacing these three will be crucial to their success as they go into conference play in a very pass happy Big 12.

The Wildcats started doing this when they went out and signed Dodge City Community College standout Danzel McDaniel to try to fill the absence of their missing stars in the backfield. McDaniel was ranked as the fourth-best junior college defensive back by ESPN last season.

While Derricott and Riddle aren’t going to be showcased in the spring game, these two will surely compete for minutes in the depleted linebacking corp come fall, and could help the defense further in the season.

Another player who isn’t in spring camp, but is expected to compete for minutes come fall, is defensive tackle Terrell Clinkscales, another Dodge City Community College product.

Clinkscales was rated the fourth-best JUCO defensive tackle and is sure to compete for the vacancy left by the departure of Chaquill Reed when he joins the team.

With all of this young talent, many issues could arise early in the season. There is a significant difference between junior college football and NCAA football. Junior college players need time to adjust to this change in level of competition.

This adjustment could lead to early issues and mistakes, like the Wildcats loss last season to North Dakota State. Issues in the linebacking corp or the secondary, where the Wildcats will rely on younger players, could lead to many points being given to opponents.

There is a reason most programs schedule easy nonconference opponents: to give their younger players time to adjust to the in-game schemes and style of play. With early games against a Big 12 and SEC opponent, these mistakes could turn out to be very costly.

There are risks with trying to improve the difficulty level of nonconference schedule, and one of those is losing because of the inexperience of the team. 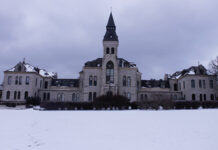 ‘Students are just choosing not to go to college at all’: K-State’s enrollment rates see half-decade of decline