University of Kansas professor David Guth was suspended from his job last year after he tweeted, “#NavyYardShooting Blood is on the hands of the #NRA. Next time, let it be YOUR sons and daughters. Shame on you. May God damn you.” following the September 2013 Navy Yard shooting. Now, the controversy of the Kansas Board of Regents’ role in the issue, and how it will affect Kansas institutions, continues to broil.

Last year, the Kansas Board of Regents created a new policy that gave state universities the ability to discipline or even fire faculty and staff for any statements made over social media, regardless of tenure.

The policy has a chilling effect on speech, said Philip Nel, professor in English.

“It creates a climate in which people are worried about speaking up,” Nel said. “That’s the issue here. People don’t want to talk about it for fear of losing their jobs.”

Nel’s fear was expressed by several graduate teaching assistant who were unwilling to speak on the record for fear of repercussions. At this time, tenured professors have been the most vocal about their disapproval of the policy.

In addition to professors at K-State and Kansas speaking out against the policy, claiming that it limits freedom of speech, students also have strong opinions about the policy.

Nick Jenkins, senior in open option, said he disagreed with the board’s position.

“You should be allowed to have any opinion you want,” Jenkins said. “I think it’s just him (Guth) expressing his opinion on something.”

Ritchie Inns, sophomore in history, said that although employees may be subject to the policy when it comes to work-related content, they should not have their personal freedom of speech restricted.

“I think it’s nobody’s business what you do at home,” Inns said. “If you did it on campus during faculty hours on a faculty network and they have a policy in place, then you violated that policy. When you’re at home, that’s your own business.”

Task force
In response to the concerns expressed about the policy, the regents organized a 13-person task force made up of university faculty and administrators from across the state to examine the policy and offer suggestions for revision.

Julia Keen, associate professor in architectural engineering and construction science and president of the Faculty Senate, was one of the people chosen to serve on the task force.

Keen said that the group was in agreement that changes to the policy needed to be made.

“I would say that, universally, we thought there was a problem with this current social media policy,” Keen said. “That was a uniform thought, ‘How to correct it?’ I think there was discussion and I think there was some debate, but I think we were in a common direction.”

The task force presented their recommendations to the board’s Governance Committee April 16 in Topeka. Among the group’s chief concerns was limiting the right to free speech.

Board member Fred Logan said he did not think the policy did that.

“I don’t agree this restricts expression,” Logan said, according to the Kansas City Star.

The changes recommended to the policy by the task force included the removal of punitive language and recognizing when an employee is making a personal statement rather than a professional one.

The task force recommendations were approved by both K-State and University of Kansas Faculty Senates. Keen said, as it stands, the policy could limit professors from bringing up controversial topics or ideas in order to generate discussion.

“Our intent is to question,” Keen said. “When we think about our classes and teaching a class, sometimes we are intentionally putting out there questions that are going to provoke thinking.”

Keen said many instructors are concerned about the policy’s ability to influence what they are able to comfortably teach in the classroom.

“If I were using social media as a platform for my class and I wanted to say something that was going to get the conversation going, is somebody going to take what I said in social media out of the context of that class?” Keen said. “All of the sudden, I’ve done something that would potentially be detrimental.”

According to Wichita public radio KMUW, the regents decided that the social media policy still stands, but will incorporate wording to protect First Amendment rights and academic freedom.

Nel said the revised policy contradicts itself, because it includes language about recognizing First Amendment rights while still allowing universities to terminate faculty and staff for issuing statements, “contrary to the best interests of the university.”

“The problem is that it is not well defined,” Nel said. “You could still be fired for something you say as a private citizen. It doesn’t seem like they’ve really listened to the work group.”

Nel said the policy is unusual because of the punitive language used. Other state’s social media policies are presented as guidelines, according to the findings of the task force.

“We knew from the start that the work group wasn’t being taken seriously,” Nel said. “They (the board) were condescending.”

The Kansas Board of Regents’ Governance Committee is currently taking comments on the revisions from the public through this Friday. They can be contacted through their website at kansasregents.org or by calling 785-296-3421. 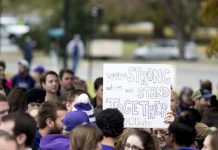 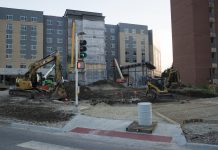