Five Fort Riley soldiers to become citizens, celebrate right to vote
Fort Riley is holding a special ceremony in recognition of five soldiers taking the Oath of Allegiance to become U.S. citizens. The Naturalization Ceremony will take place today at 9:45 a.m. and is in conjunction with their celebration of Law Day on Thursday.

Law Day is held nationwide each year on May 1 to celebrate the importance of law, equality and justice. According to the American Bar Association, this year’s central theme is voting rights and how the right to vote is crucial to democracy in the U.S. Only U.S. citizens are permitted to vote in federal elections.

K-State dance students to hold senior concert
Graduating seniors from the dance program will be putting on their senior concert on May 11 at 2:30 p.m. in Forum Hall. The concert will include jazz, ballet and modern dance performed and choreographed by students Meredith Dodd, Mica Bengtson, Karissa Spohn and Victoria Menear. The event is free and open to the public.

New phase of exhibit to be unveiled at Sunset Zoo fundraiser event
Sunset Zoo will be unveiling Phase II of the new gibbons exhibit at its annual Wine in the Wild fundraiser event in June. The new expansion will include an outdoor exhibit yard and a viewing plaza for guests to view the small primates. Phase II was a $100,000 project funded entirely by private donations to the zoo. Phase I of the exhibit opened in April 2012.

The exhibit will be unveiled at the VIP reception from 5:30-7 p.m. on June 7. General admission opens at 7 p.m. For people unable to attend Wine in the Wild, there will also be a dedication ceremony for the general public to attend the next day, June 8, at 1 p.m.

Gibbons are small, tree-dwelling apes native to southeast Asia. Their population is in decline, mostly due to habitat loss, and several species of gibbon are considered endangered. The gibbons at Sunset Zoo are lar, or white-handed, gibbons.

Wine in the Wild is one of Sunset Zoo’s annual fundraiser campaigns. This year’s event will include various types of wine from Nespor’s Wine and Spirits, hors d’oeuvres from Hy-Vee, live music by local band Muzizi and more. VIP tickets may be bought in advance for $80 and general admission for $45 in advance. If tickets remain the day of the event, they will be available at $100 for VIP or $55 for general admission. Proceeds are used for various programs and projects at the zoo.
Questions may be directed to the Sunset Zoo at 785-587-2737. 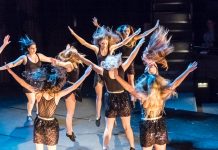 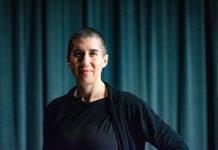