Grant Stucky, senior in elementary education, won the Sullivan Poetry award for his poem “Leaf Passing,” in a poetry contest hosted by the College of Arts and Sciences.

The grand prize poem won him $2,000. But for Stucky, being a writer is a reward in itself.

Stucky said the inspiration for the poem came one fall night last year, while he was in the engineering complex.

“We were on break from a class and I just went over there because I like to just sit there during our break,” Stucky said. “It was an image. I saw that, and felt that. I went back into the class and quickly wrote the first line because that’s what came to mind.”

Stucky said it was exciting, because he knew immediately that he liked the train of thought. After class, he went home and jotted the poem down in about 15 minutes.

“I think that’s the biggest thing for writers,” Stucky said. “Initially, it is just barfing it out.”

Stucky said that four months later, he took the poem into the K-State Writing Center and worked with a few tutors to see what they thought about it. He said their assistance helped him further develop what he was trying to say.

“That’s actually where the leaf (design) form came from,” Stucky said. “That was in the revision process, because I finally narrowed down the metaphor image.”

Stucky said this was one of the first times he’d actually submitted a poem in a contest.

“I think that’s kind of the cool thing of the journey of writing,” Stucky said. “You get to the point where you kind of want to get yourself out there to hear what other people have to say.”

Stucky said writing helps him form questions about his own identity, and getting feedback from others collectively helps form others’ identities and tell them who they are.

“We offer a little bit, and just off the perspectives of others we get so much more,” Stucky said.

The effects of poetry can sometimes affect the writer themselves as much as its readers.

“What you really mean and feel about something, even if you’re not (cognizant), it’s what your unconscious actually feels,” Stucky said. “Once you get that out, you can become aware of those things.”

Stucky said the major thing he’d say to those who don’t consider themselves “writers” is to remember it isn’t a process that happens alone.

“You realize that writing is not a solo experience or thing,” Stucky said. “Writing is a collaborative effort.”

Stucky said this is one of the roles of the writing center, to give students a place where they can talk out ideas.

Stacia Gray, instructor of English, said the idea of talking things out doesn’t just apply to English majors, but to any writer.

Gray said the writing center can be helpful at any stage in the writing process, just as Stucky said it helped him four months after he got the poem written down.

Gray said that though the process every person goes through is personal, many don’t realize how similar each person’s writing process might be.

Stucky said “Leaf Passing” is the first poem of a series, with the subsequent poems dealing with the seasons.

“I finally have got now the images I want to write for the different seasons,” Stucky said. “The words I think will come, just later in life as I reach those different places where it’ll sort of come into place.”

Tom Roesler, communication and events coordinator for the College of Arts and Sciences, said this was the first time the college has held the contest. It included submissions from all across campus, not just within the college.

“This is the first year we’ve done this contest,” Roesler said. “We’re really pleased with the response.”

Peter Dorhout, dean of the College of Arts and Sciences, said the money for the contest was provided by a donor who “enjoys poetry.” The 61 poems entered in the contest were narrowed down to 10 by the dean. After that, the final 10 were judged by the associate and assistant deans, with the winner chosen by Dorhout.

Dorhout said the continuation of the contest in future years has yet to be determined.

“Much depends on the donor and his willingness to continue to fund the award,” Dorhout said. 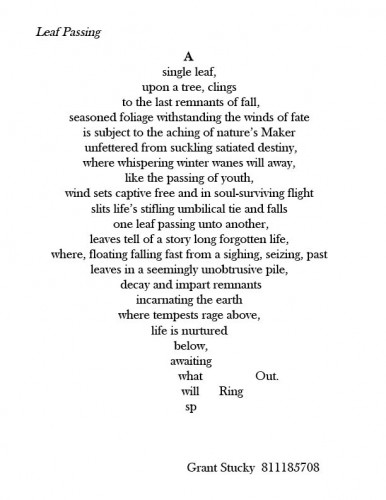 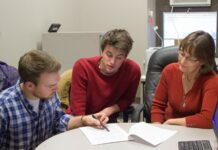 ‘It is a fantastic opportunity’: Live Ideas hosts contest for short stories 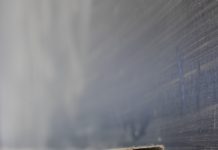 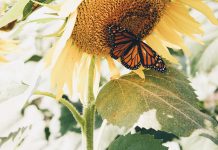 Kat’s Corner: “A Life Not for the Weary”