Home Head to Head Head to head: Government should stay out our mouths

Our country was founded on the idea of freedom, and it’s a big part of what makes us such a great country. Unfortunately, our country’s government has a nasty habit of sticking its nose in our business and eroding these freedoms.

I have often heard people say, “You can’t legislate morality.” Then why would anyone think that the opposite is true with obesity? As Ron Swanson from Parks and Recreation once said, “The whole point of this country is if you want to eat garbage, balloon
up to 600 pounds, and die of a heart attack at 43, you can. You are free
to do so. To me, that’s beautiful.”

It’s nobody’s responsibility but ours to keep ourselves in shape. It is naive to think that if somebody really wants to eat five Big Macs or drink a gallon of soda, anything aside from the lack of money in their wallet is going to stop them.

Back during the New York City’s 16 ounce-soda ban of 2013, professor of behavioral economics at Cornell University’s Dyson School of Applied Economics and Management David Just told the Los Angeles Times that when a person wanting to buy a large soda is prevented from doing so, “they’re going to display what we call reactance — a rebelliousness, a
determination to circumvent this policy, an attitude of, ‘I’ll show
them.'”

Beyond that, requiring every fast food vendor to provide a calorie count just makes it more costly for the businesses to operate. Then, they have to increase prices to cover new fees. A 2013 study on mandatory calorie labeling policies by Brian Elbel, associate professor of population health and health policy at the New York University School of Medicine, said researchers “found no difference in calories purchased or fast-food visits after the introduction of the policy.”

Not only do these requirements increase the cost onto the consumer, they could stop new start-ups from happening. Let’s say somebody wanted to open a chain of food trucks or a restaurants. They better know the calorie counts for their menu. They can’t just add the numbers on the packaging of the raw ingredients, either; the calorie calculation process is more complicated than that.

Research from Harvard University published in 2011 found, “that cooking substantially increases the energy gained from meat, leading to elevations in body mass that are not
attributable to differences in food intake or activity levels.” The study said that their research also highlights, as they said, “a weakness in current food labeling practices.”

The story is the same for in-store labeling. Though companies are already required to label their food products with nutrition facts, the FDA is proposing further unnecessary changes to nutrition labels. They want to increase the size and make the font size of calorie counts larger, among various other things. More printer ink, which we all know is insanely expensive, will be used, so obviously we’ll feel it in our wallets to some extent.

It is not the place of the government to tell me how much of something I can buy, nor tell a food vendor how to operate, especially when we are supposed to be the land of the free. We are adults; we know that eating an entire pizza or downing a gallon of ice cream isn’t the best idea for our waistlines.

And why just leave regulating obesity to the food, when can the government force its view of exercise on the people? It’s not realistic (quite dystopian, actually), but if they’re already telling you how to eat based on health concerns, we all know that a little exercise can help you keep the pounds off and help your overall health. Instead of blaming food and vendors, why can’t people put the weight back on their shoulders to be responsible and lose the pounds they gain?

If people want new nutrition labels or calorie counts, they should go to the companies. If people won’t buy your product because another company is doing something you aren’t, you’ll probably change business practices. In a world of consumerism, money talks and government should just listen.

Jacob Valdez is a sophomore in mass communications. Please send comments to opinion@kstatecollegian.com. 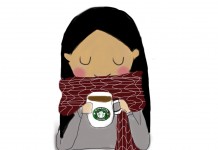