There is a growing concern in the swine industry about the U.S. pig population due to a new virus known as porcine epidemic diarrhea virus, or PEDV.

The virus is contributing to a low number of swine nationwide. The Department of Agriculture reported that, “As of March, there were 62.9 million head of hogs and pigs on U.S. farms, the lowest inventory since 2007.” Although the virus is not new globally, it is new to the U.S.

It has been estimated that since the virus was discovered in May 2013, 5-7 million pigs have been infected and killed. The virus kills almost 100 percent of baby pigs it infects. Researches know the virus originated in Asia, but are unsure of how it made its way to the states.

“I just want answers,” Cassandra Jones, assistant professor of grain sciences and industry and animal nutrition specialist, said. “The swine industry is very progressive. They are very adaptive and they have shown us that because of their ability to change biosecurity protocol and change operations in quick time, they will do whatever is necessary to continue to produce safe pork.”

PEDV is not pathogenic to humans, and it can’t be transmitted to humans. The pork from infected animals is not tainted. However, it may lead to a decrease in production and availability.

“As consumers, we will see pork prices, especially over the summer, really increase because of this terrible disease,” Jones said.

Current research suggests that PEDV is spread through the fecal-oral route. This means something as simple as a dirty transportation truck or contaminated clothes on a clean site could be detrimental to an unaffected farm.

The National Pork Board encourages producers to heighten their biosecurity procedures as they continue to research the ways this dangerous virus is spreading. This entails washing and disinfecting trucks, clothing, shoes and feed, and restricting all unnecessary traffic on the farm. The virus is detected through clinical signs such as watery diarrhea or vomiting.

“We are trying to learn and understand and figure out how we can slow the spread of this virus,” Steve Dritz, professor of diagnostic medicine pathobiology and swine specialist, said.

Dritz was the first to connect the dots between the infected pigs and what they were being fed when he encountered his first case of the virus on a farm where he assists in feed nutrition.

When the virus was detected, Dritz and a team of veterinarians worked to uncover the cause of the outbreak at a farm which had strict biosecurity. When all other variables were eliminated, the team realized the feed at the farm was the only thing that had recently been changed. Dritz and his team took numerous feed samples to be tested for the virus, as well as the infected fecal matter.

“Lo and behold, they were able to detect genetic material in that feed that was indicative of the virus,” Dritz said. “That tells us there was probably something in the feed that caused the disease.”

Dritz and his team were surprised when they found the culprit.

“We didn’t think that that could really happen,” Dritz said. “We always thought that the processing they should go through to dry them should kill the virus.”

Dritz also worked with a vet in Canada when the first cases broke out there in January 2013. Eight out of the first 10 cases all led back to the same feed company.

“What is controversial about it is, we don’t typically think viruses can be transmitted through feed,” Dritz said. “We think that is a pretty low probability.”

This is where the new O.H. Kruse Feed Technology Innovation Center and Cargill Feed Safety Research Center comes in to play.

“We work on very similar types of projects, but approach them from different perspectives,” Jones said. “This project is interesting because it brings all of us back together.”

Research on PEDV in the new Cargill Feed Safety Research Center will be the first time they have worked with any kind of animal disease.

“When Dritz started to get involved last May, we in the feed industry didn’t really think that it affected us for several months because viruses have never really had a huge impact on animal feed,” Jones said.

In order to proactively work with a virus such as PEDV, facilities conducting the research have to be at least biosecurity level 2, which is a regulation from government. As it became clear the FSRC would be needed, Stark and Jones began the process of becoming certified.

In March of 2014, the National Pork Board dedicated more than one million dollars to be spent on PEDV research, with the highest priorities being feed processing research.

Stark said K-State has an outstanding feed science program as well as quality facilities, which contributes to the research needed to find more answers to PEDV. To conduct research in the best manner, a large team of many different area experts was put together, including veterinarians, swine nutritionists, meat processors, pork producers, swine specialists and even researchers from Iowa State.

The team is running and focusing on two main projects: thermal mitigation and chemical mitigation.

Thermal mitigation is what will take place in the FSRC, where they have the ability to work in what Stark calls a “fume hood,” In a fume hood, all air is filtered with negative air pressure and the whole facility can be decontaminated when the research is over. There is hope that during the pelleting (steam and frictional heat), the researchers will be able to see how long feed has to be processed before they start to see some destruction in the virus.

Chemical mitigation will be headed by Guihua Bai, a molecular geneticist with USDA/ARS and adjunct professor in the agronomy department. This project includes treating the suspected ingredients before they are put in the feed.

“Our strength is feed here at K-State,” Dritz said. “And we have a lot of good infectious disease researchers too, so we are trying to build on those strengths.”

The team is still working on ways to cure the virus and prevent it before it happens; currently the only method is to feed pigs a small amount of the virus to create immunity. Since the disease is so new, there is no effective vaccine available yet.

“Unfortunately, though, this is a class of virus that, due to the way immunity is developed, the traditional way you give vaccines by injection haven’t been proved effective,” Dritz said. 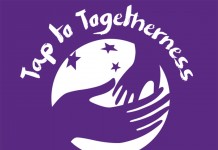 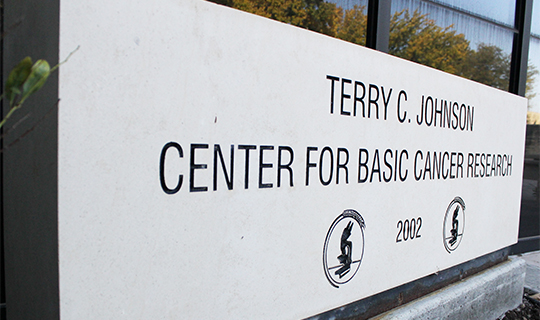