Joining an organization, academic club, living in the residence halls and making friends are all experiences that often make up the once-in-a-lifetime memories that students have on campus. Now, as thousands of students prepare to graduate, they reflect on what made their time at K-State memorable.

“There are a lot of things that happens at college that doesn’t happen at home, you know,” Geneva Tucker, senior in microbiology, said.

Tyrone Williams II, senior in social science, said he will always remember the first time he got free food on campus his freshman year.

“When I first got here, the library gave out free food, so I was really happy about that,” Williams said.

Williams and Tucker both agreed that joining a greek chapter was another unforgettable K-State experience.

Tucker joined the recently re-chartered Nu Beta chapter of Sigma Gamma Rho sorority this semester. She said it a big moment for her because of the amount of respect and admiration she has for her chapter.

“I joined this particular sorority because of what they stand for,” Tucker said. “I love the fact that they are about sisterhood and scholarship, so there is always someone there for you when it comes to education. They make it a priority in the organization.”

Tucker said she also likes the sense of community and pride they take in the amount of community service they do and how they help the less fortunate.

Williams pledged for the Theta Eta chapter of Iota Phi Theta fraternity during his senior year. He said what made it so special for him was the bonds he developed with his four “little brothers” as they formed a new greek chapter at K-State.

Tucker said incoming students should look forward to stepping out of their comfort zones and having the “college experience.”

“The overall college experience is being able to try new things and go to things you’ve never had the opportunity to go to before,” Tucker said.

Williams said college is a place where you learn real-life lessons.

“You learn about bills, being broke and the noodle-diet,” Tucker said.

“When I lived in the dorms, in Putnam Hall, we had this thing called ‘The P-2 Snow Angels,'” Fox said. “Whenever the first snow fall of the year came, we would all run out and make snow angels and play in the snow. That was a wonderful moment.”

Some students, like Fox, come to college and gain new athletic experiences that they wouldn’t have had otherwise.

“Joining the hockey team for K-State was fun and kind of a new way aspect of sport-playing for me,” Fox said.

Fox said leaving the residence halls was sort of like a rite of passage for him.

“Finally moving out of the dorms that was a big moment for me,” Fox said. “Now I have to pay bills and rent and get a job.”

Fox said that because these moments were experienced with friends, they mean the most to him. 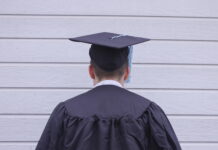 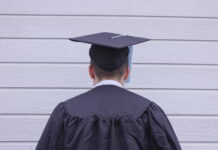 Learning to live a working life