When the term “eating disorder” is brought up in conversation, people often assume it’s a strictly female issue, and one which deals specifically with excessive weight loss. But that isn’t always true.

According to the National Eating Disorders Association, an eating disorder is defined as a condition which includes extreme emotions, attitudes and behaviors surrounding weight and food issues that can have life-threatening consequences for both men and women. While anorexia nervosa and bulimia are more commonly known eating disorders, they are actually not the most commonly diagnosed.

“Binge eating disorder is the most common eating disorder in the U.S.,” said Dianna Schalles, dietitian specialist at Lafene Health Center. “It’s characterized by several behavior and emotional signs, such as reoccurring episodes of binge eating, feeling out of control while binge eating, and feeling guilty or ashamed as a result.”

Schalles said about 30-40 percent of obese clients who seek weight loss treatment suffer from binge eating disorder. She also said that, while statistics at K-State for binge eating tend to echo the national trends, many never seek help for the issue.

“A lot of them never come forward because they’re seeking that natural weight loss our culture recommends,” she said. “We need to address the problem instead of throwing a diet at it. For people who have binge eating disorder, dieting can actually interfere with recovery and can even contribute to the development of the disorder.”

Whole body approach
For those suffering from binge eating disorder, professionals tend to recommend a multi-faceted approach to assist recovery, since eating disorders are both psychological and physical.

Katie Tolle, psychologist for K-State Counseling Services, said, generally speaking, it’s best to have a team consisting of a therapist, a dietitian and a physician to cover all the bases. However, because eating disorders are unique to each individual, the treatment should be tailored to address specific needs.

“Eating disorders can compromise your physical body, so it doesn’t make a lot of sense to talk therapy if your major organs are shutting down,” Tolle said. “You need to make sure the person receiving treatment is stable enough to receive it. Unfortunately, their perception is usually very much skewed, so a dietitian is there to help develop eating plans and discover what healthy eating truly looks like.”

The therapy portion, Tolle said, is there to treat the underlying causes of the disorder.

“Trauma can be an underlying factor, as well as emotional regulation,” she said. “Many of these people have learned to regulate their emotions through food, so the therapist works to stabilize that without using food.”

“One is that, as clinicians, we have our biases just like everybody else,” Tolle said. “We might not be looking for it the same ways we do in women. But, men might also lack insight into the impact of their eating disorder or not realize they have one because they have the same biases.”

Another reason why men don’t seek treatment for these issues is because they are commonly portrayed as a “woman’s disease” and, therefore, they may feel emasculated or ashamed in admitting that they’re suffering from an eating disorder. However, Tolle said she believes that by decreasing the stigma attached to eating disorders as a society, we can encourage both men and women to seek the attention they need to begin recovering.

Long road
Regardless of sex or disorder type, the road to recovery can be a long, perilous one for those suffering from these issues. However, receiving the proper assistance is imperative to preventing more serious complications that can arise as a result of eating disorders. Binge eating is one which can cause a multitude of consequences.

“Binge eating disorder can lead to a lot of different health complications, such as diabetes, being overweight, high cholesterol and gall bladder disease,” Amber Howells, instructor in hospitality management and dietetics, said. “There are just all kinds of things that can impact your health later on down the road. It can also lead to body image issues.”

Howells said that while seeking help is the first step, the path to recovery is not an easy one.

“Like with all disorders, it’s sort of a lifelong issue that you have to continually work on,” she said. “I think you can be recovered from it, but most people probably feel like they’re always in recovery. They’re at high risk for relapses, and with any sort of behavioral change, that’s common.”

Even though those with eating disorders may experience obstacles on their way to rehabilitation, Howells said it’s important to keep a positive attitude and not self-blame for mishaps along the way.

“They shouldn’t view themselves as failures if there is a lapse,” Howells said. “It’s a very difficult issue to overcome.”

OPINION: What my eating disorder taught me 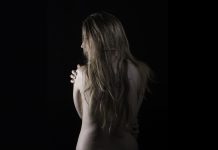