The blueprint for winning Super Bowls is not a secret. You either have an elite quarterback, or a historically great defense. As of right now, the Kansas City Chiefs have neither. If winning the wildcard and (maybe) competing in a playoff game is the ultimate goal, then the Chief’s general manager John Dorsey has put together the perfect squad. If settling for slightly above average is what Kansas City sports fans are all about, then the Chiefs should draft a wide receiver and be content with second in the AFC West. I’m not at all satisfied with that result. I might be in the minority, but I think the Chiefs need a quarterback, and they need one now.

The word I like to use when discussing Chiefs quarterback Alex Smith is “serviceable.” Smith will never win you a playoff game. His impact is limited, but he does a good job of making sure someone else on the Chiefs ruins my Sunday. Smith likely won’t throw for 350 yards and four touchdowns, but he also won’t throw three interceptions. He is slightly above average.

Johnny Manziel, Blake Bortles and Teddy Bridgewater likely won’t fall to the Chiefs at pick No. 23. That leaves them with two options: they can either trade picks or players to move up in the draft order to get one of those players, or they can take a flyer on an unheralded prospect (see Brady, Tom). I’m fine with either option, but to stand idle and continue to draft “pieces” when the cornerstone of a winning franchise is still missing, is just ridiculous. Jamaal Charles is great, but no running back has carried his team to a Super Bowl victory since … ever, so don’t buy into that mumbo jumbo.

Since 2000, the Chiefs have selected two quarterbacks in the draft. In 2006, KC selected Brodie Croyle in the third round. In 2011, the Chiefs selected Ricky Stanzi in the fifth round. In those 14 seasons, the Chiefs have won a whopping zero playoff games. The organization has never fully committed to drafting a quarterback in the first or second round, which has translated to over a decade of (again) slightly above average football.

This draft class does not have an Andrew Luck. There is no Peyton Manning or Cam Newton. I fully understand being apprehensive about moving “all in” on a quarterback prospect that isn’t a guarantee like Luck, Manning or Newton. However, a gamble is necessary in this situation if winning the Super Bowl is your goal.

In 2011 the Atlanta Falcons gave up two first round picks, a second round pick, a fourth and a seventh round pick in order to move up and get Julio Jones. The Chiefs must do something similar to get a top tier quarterback prospect. Trade three or four of your marquee players and make a splash with Johnny Manziel. Do something. Anything!

If the Chiefs fail to take a quarterback in the early rounds of this draft, we will simply continue our trend that started in 1993, when Kansas City last won a playoff game. The Chiefs will be good, but not great. They will be slightly above average.

David Embers is a junior in biology. Please send comments to opinion@kstatecollegian.com. 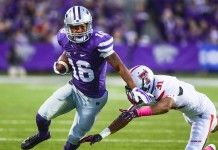 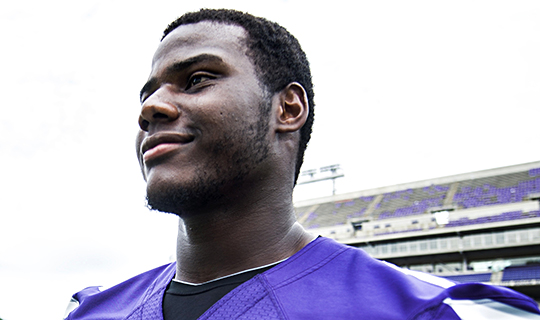