Like its predecessor, “The Amazing Spider-Man 2” is going to have a hard time justifying its existence to discerning moviegoers.

A mere five years after the original Spider-Man trilogy ended, Sony and Marvel rebooted the series with the utterly forgettable “The Amazing Spider-Man,” a film that left many viewers wondering why they needed to hear the same story again when the original was still fresh in their minds.

Now, we find ourselves asking the same question about “The Amazing Spider-Man 2.” The film tries to carve out its own identity, but ends up crafting one that’s inferior to many of the Spider-Man films that came before it.

This installment finds Peter Parker, played by Andrew Garfield, enjoying the great power that comes with being Spider-Man. However, great responsibility soon rears its ugly head, forcing Parker to make some tough choices about the people he loves.

The most important of these choices relates to a promise he made in the first film: that he would keep his girlfriend Gwen Stacy out of his life for her own safety. Stacy, played by the wonderful Emma Stone, isn’t keen on having her choices made for her though.

The film is at its best during candid moments between the two of them. Parker and Stacy have excellent chemistry and play off each other quite nicely. The film seems most confident when the two of them are sharing the screen.

The rest of the movie, however, is a different story. “The Amazing Spider-Man 2” is weighed down by an exceptionally weak script that wastes the talents of an extraordinary cast. There are so many threads and subplots to slog through that they all end up feeling unfocused and neglected by the end of the film.

One of the biggest disappointments is the lack of a compelling villain. There are no less than three of Spider-Man’s nemeses in the film, but somehow there is no primary antagonist. The closest we get is Electro, played by Jamie Foxx, a put-upon outcast without an iota of motivation to want Spider-Man dead.

Also along for the ride is Parker’s childhood friend Harry Osborn, played by Dane DeHaan. Sadly, their relationship is almost entirely glossed over. Osborn is carted out to convince the audience that he and Parker are the closest of friends before his predictable and underwhelming turn to evil.

If nothing else, “The Amazing Spider-Man 2” occasionally satisfies on a purely visual level. Bright colors abound, as do special effects that must have cost a fortune to produce, but they fail to make the film any more captivating.

The action sequences are particularly weak. The sterile, computer-generated graphics and overuse of slow motion cause the film to lack any sense of physicality. At times it’s hard not to be impressed, but these scenes consistently fail to register on an emotional level.

The pacing of the story is also somewhat bizarre, never managing to build any lasting tension. The ending is especially disappointing, made as if to say, “Yes, we’re making another one of these and yes, you will pay to see it.”

“The Amazing Spider-Man 2” has fallen prey to one of the most prevalent problems in modern superhero movies. It’s required to set up both sequels and spin-offs, at least four of which are already in the works. The movie simply can’t handle this great responsibility, and the plot begins to buckle underneath the added power.

Seeing “The Amazing Spider-Man 2” is a bit like watching a friend play a video game. There’s some cool stuff happening on the screen, but it’s hard to care about any of it, and there’s definitely something better you could be doing with your time.

Connor Kelley is a junior in accounting. Please send comments to edge@kstatecollegian.com. 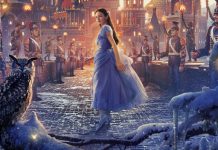 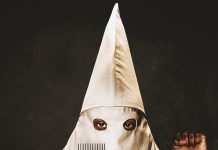