Finals examinations are often equally the most stressful and most comforting time of the year for students.

It can be stressful in the sense that, metaphorically, it is the “last hurrah,” or last ditch effort for students to get their desired grade. However, it’s comforting because the semester is over and summer break is literally weeks away.

One of many students’ biggest obstacles during finals week is time management- finding that balance between completing coursework and finding time to study for all of the finals could crack even the toughest of students.

Katie Edgar, sophomore in theater, has three finals this year and said she collaborates with her peers when it comes time to study.

“I lay out time, including scheduling time, making a mini-schedule and collaborating with my peers,” Edgar said.

Cody LaCrone, sophomore in theater, has five finals this semester. He said that although he probably doesn’t have the best tactic when it comes to time management during finals week, he does what works for him.

LaCrone said he typically starts his studying about a week before his finals because he likes to procrastinate. He said procrastinating throughout the semester forces him not to put things off anymore than it already has when it comes to finals week.

LaCrone said he tried studying the opposite way his freshman year, studying hardest what he knew and least what he didn’t and it backfired.

According to fastweb.com, small steps like creating a study guide, prioritizing, attending the review session and asking questions are just a few of the steps students can take towards proactively approaching their finals.

Students can also capitalize on time management when it comes to studying for finals by starting their days earlier. In doing this, students can study with a clearer head and a fresher mind. When students put themselves on an earlier sleep schedule, it also allows them to feel more rested and accomplish more studying.

Kasey Dunlap, sophomore in music education, said she has seven finals this semester and works best with structure.

“I make to-do lists, that’s how I prioritize things and then I know what I need to study for,” Dunlap said.

Ask a Professor: Finals week advice for stressed out students

Your guide to binge-worthy shows for finals procrastination 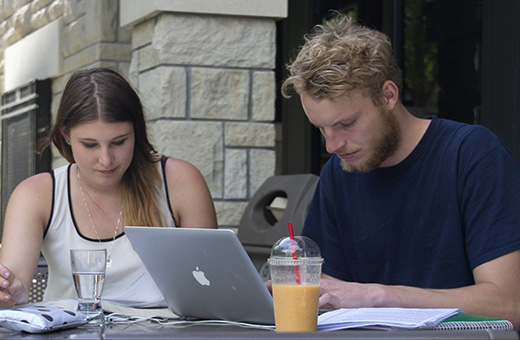