K-State prides itself on providing a safe atmosphere for student. This atmosphere includes the university’s police force, the K-State Police Department, and programs designed specifically to help students stay safe.

Every year, the university publishes an Annual Campus Security and Fire Safety Report, which details all occurrences on the campus in the preceding years. According to the 2012-13 report, the following information was reported.

SafeRide
SafeRide was created to reduce alcohol or other drug related crimes, including driving under the influence. SafeRide provides an alternative method of transportation for students who live within Manhattan Thursday through Saturday, 11 p.m. to 3 a.m. Routes for SafeRide can be found on the ATA Bus website, the provider of SafeRide.

SafeTrek
The Student Government Association recently implemented plans to start encouraging the student use of a new mobile app called SafeTrek. The app displays a large, easy-to-hold button meant to be held when a student is on campus or in town and wants another line of defense against potential assault or dangerous situations.

The student holds the button during their walk and then inputs a four digit PIN code established during the setup process. If the user fails to input the code within 10 seconds of releasing the button, local police will be notified of the user’s location and will respond as if it is an emergency.

The goal is to reduce crime and to serve as an emergency notifier in situations in which a user may not be capable of contacting police.

Wildcat Walk
Wildcat Walk is a safety service provided by the K-State Police Department and operates 24/7. Their mission is to provide a safe escort to one’s on-campus destination or a destination up to two blocks off campus. Those wanting to use the service can call 785-395-SAFE (7233) or press one of the blue light emergency beacons found around campus.

Emergency and Information Phone Boxes
There are phone boxes, located throughout campus, monitored by the K-State Police Department to allow prompt access to emergency services. Additionally, the boxes may be used to ask for directions or report crimes and accidents. 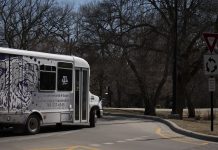 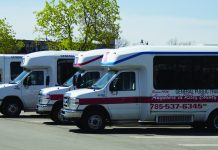