Every year, thousands of storm chasers congregate over the central United States in the hope of crossing paths with one of nature’s greatest weather phenomenons.

The often debated area known as “Tornado Alley,” which extends from the northern sections of Texas to Oklahoma, Kansas, and Nebraska, traditionally carries the greatest threat of supercell thunderstorms.

As the peak in the severe weather season of May and June continues to fade away, the 2014 tornado numbers for much of Kansas are considerably lower.

After only seeing 56 tornadoes last season, the state now sits at 15 for the year thus far. Last year’s total was 25 below the average of the previous 30 years.

“Typically, we’d see the dryline out over western Kansas, western Oklahoma and down into the Texas panhandle area,” Spencer Mell, forecaster for the Kansas City/Pleasant Hill, Missouri, National Weather Service office said. “That would be the focus area for tornadoes to develop as a cold front hits that dryline.”

A dryline is a boundary that separates the warmer air from the west and the moist air moving in from the east and the Gulf of Mexico. As a cold front approaches carrying rich Gulf moisture, it collides with the warm air and serves as a breeding ground for severe thunderstorms.

“With the severe drought that has been going on across Kansas and parts of Oklahoma and down into Texas, there is some thought that the dryline has moved further east,” Mell said. “Maybe it’s further east over eastern Kansas or even into Missouri where tornadoes have been forming.”

As meteorologists continue to study the differences of one severe weather season with another, the constant and sometimes immediate change of variables doesn’t make the process any easier.

“What we end up looking at is this dramatic swing from big, active and near-record numbers to really low and near-record low numbers,” Storm Prediction Center Warning Coordination Meteorologist Greg Carbin said. “We don’t understand necessarily what it is that causes these dramatic swings from one extreme to another. When you look at the time scales in which you’re putting the ingredients together for a severe weather outbreak, you can go from a relatively innocuous or unexceptional pattern to something quite incredible over a relatively short amount of time.”

The above study correlates with the understanding of which storm is capable of a tornado and which is not.

In the case of the 2014 season, the tornadic elements of thunderstorms have been shockingly low.

“We still don’t know why every supercell thunderstorm doesn’t or does produce a tornado,” Jennifer Bowen of the Topeka, Kansas, National Weather Service office said. “There is still certain factors that could come into play that researchers are still trying to look into and figure out why tornadoes occur in some severe storms and not in others. There are obviously signals that we do look for. Sometimes it doesn’t mean there will be a tornado, but it means the environment is primed for that to be possible.”

What will the rest of June and the summer bring? Patterns are falling into place for the immediate and foreseeable future.

“The pattern hasn’t been where we’ve seen a lot of big troughs move into the area,” Mell said. “We just haven’t had the stronger storms. It has been pretty much what we call zonal flow, where you pretty much have flow from west to east. With that type of flow, you can get bigger storms, but it’s typically not a good setup for tornadoes. Unless that pattern changes, I don’t see a reason for an uptick in tornadoes.”

The zonal flow was created by a strong jet stream that shoots into the Midwest from the Pacific Ocean. A jet stream is a bundle of fast-flowing, relatively narrow air currents found in the atmosphere about 10 kilometers above the surface of the Earth. Similar to what Kansas experienced earlier this year, the placement and drop of the jet stream can also bring about massive stretches of cold weather.

Overall, these wind speeds can drive and direct thunderstorm development and flooding rains. As the state has seen recently, this particular setup can aid several rounds of thunderstorms.

“We’re in a relatively active regime right now,” Carbin said. “June could bring an even greater number of tornadoes than May. That’s happened before.” 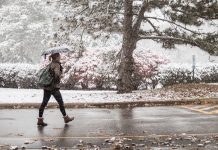 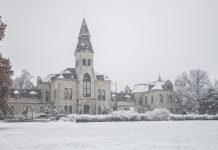 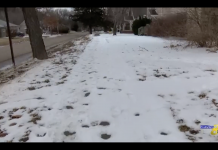