It appears Kansas is, once again, bleeding – only this time it’s dollar signs. The state is in the red by enormous amounts as a result of the radical cuts imposed by our state’s governor and legislature, and the tax burden is shifting away from our state’s most well-off and onto those who are struggling most.

Numbers from the Kansas Legislative Research Department project that the combined impact of the 2012 and 2013 tax laws will result in revenue losses of more than $3.7 billion over the next six years. Which, as a point of reference, is the entire budget for higher education in Kansas. While the state searches for the economic “boost of adrenaline” it was promised by the proponents of this tax policy shake-up, our elected officials have found other ways to prop up revenues.

“In order to prevent deep cuts to services provided by the state, the idea is to keep the sales tax high,” Tracy Turner, associate professor of economics at Kansas State University and expert in the area of public finance, said.

The 2013 Tax Law set the rate at 6.15 percent statewide. While sales taxes are widely-considered a necessary evil for financing the operations of local governments, the state-levied rate is very much up for debate. This is because sales tax is an entirely different form of taxation than the one being rolled back by the current tax legislation – one that is making the tax code less equitable.

With sales tax, the same rate is charged to everyone, regardless of your income. As Turner pointed out, this means “low income households pay a larger share of their income to taxes than higher income households, and economists call that tax regressive.” The regressive nature of the sales tax violates what economists refer to as “vertical equity,” or how a tax affects different individuals from the bottom to the top of the income spectrum.

The day-to-day transactions of the middle and lower classes are essential to the health of the economy, and now they are faced with higher prices on their goods. To make matters worse, the 2013 Tax Law delivered an empty solution to the problem of increased prices on grocery bills.

Right now, Kansans pay the second highest sales tax on food in the country, and the current tax credit is more focused on saving the state money than helping those in dire need of tax relief. Before the 2012 tax law change, the Kansas Food Sales Tax Credit was refundable, meaning the money paid in sales tax made it back to poor Kansans through an income tax refund. However, the credit was repealed entirely in 2012 and made nonrefundable in 2013.

“The truly poor households that are buying food in the state of Kansas will not get the break they got before,” Turner said.

Thus, the new credit is doing nothing to put money into the pockets of our state’s most vulnerable individuals and back into the economy.

Among the people disproportionately burdened by this tax shift are the working poor, single-income or low-income families, college students and seniors on fixed incomes.

“The change in the tax code is punitive to low-income households,” Turner said.

It also raises taxes on these individuals at a time when their state services are currently being cut.

“I don’t know that people realize just how grave the situation is with respect to revenues and the potential steepness of upcoming budget cuts as a result,” Turner said. “Public investment cannot be starved while expecting the economy to grow; it takes a balance of both public and private investment.”

What remains to be seen is whether the growth effects will pan out in time to close the major gaps in Kansas revenue. Unfortunately, there is more reason for skepticism than optimism.

“There are a lot of things that economists have found consensus on in the research we do (but) there’s no consensus on whether or not big tax cuts stimulate long-run economic growth,” Turner said.

What we’re left with is a tax structure that has the state hemorrhaging revenue in order to protect further exemptions for our Kansans who are doing well (and don’t necessarily stress over the price of their grocery bill every month), at the expense of the people who are living paycheck-to-paycheck just to put food on their table. 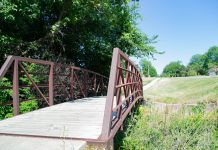