As students begin logging into iSIS to pay their bills and accept financial aid, incoming freshman and transfer students may notice holds already placed on their accounts, requiring them to fill out a tuberculosis screening online.

Julie Gibbs, director of health promotion at Lafene Health Center, said K-State is required to screen all incoming students and readmitted students for the disease as per a higher authority.

“It’s actually the state of Kansas that is requiring us to do this,” Gibbs said. “So we have to screen all incoming students.”

The screening form involves four questions, Gibbs said. Links to the questionnaire were sent in emails to the students, and holds were immediately placed on their accounts that cannot be lifted until the forms are completed.

“We already placed the hold on their account with this questionnaire,” Gibbs said. “So to get that removed they need to go in and fill that out.”

Once it is filled out, Gibbs said students who are evaluated to be at risk for the disease are then contacted and asked to go to Lafene for the actual test. The questionnaire was developed after K-State found out about the new requirements years ago.

“We thought having the questionnaire would be a good way to kind of screen out those who didn’t need the actual skin test,” Gibbs said.

Gibbs said she was part of the group of healthcare providers and community members which helped establish the way K-State conducts the screening.

“We formed a committee when we found out this requirement (to screen students) was coming down,” Gibbs said. “It only took a few months to be able to decide what we were going to do and get iSIS involved.”

Filling out the questionnaire online saves time, Gibbs said, and makes the process work more efficiently than having every new student go to Lafene to get tested. Gibbs said that would not have been logistically possible.

According to Gibbs, though students can also go to Mercy Regional Health Center for testing, Lafene is cheaper.

“For TB screening, we like to just have them come here,” Gibbs said.

Gibbs said the disease is dangerous because it is airborne, which is confirmed by information provided by the Centers for Disease Control and Prevention.

“TB is highly contagious, and with all the greek houses and dorms it’s really easy for that to spread,” Gibbs said. “That’s why we want to reduce the risk of that spreading.”

According to information provided by CDC spokesperson Salina Smith, tuberculosis is a disease caused by bacteria that spreads through the air and can attack any part of the human body. It is also potentially lethal.

Smith said the CDC is seeking to eradicate TB in the U.S. However, such efforts have not yet succeeded.

“That’s what we’re working toward,” Smith said. “But it’s not eradicated.”

Maj. Jason Krantz, environmental science and engineering officer and preventative medicine officer for the Headquarters Battalion of the 1st Infantry Division and Fort Riley, said the Army takes the same steps to control TB as it does other respiratory diseases. Krantz said the disease is not a major threat to the general population.

“In the general public and the military in general, it really isn’t that high risk,” Krantz said.

However, the U.S. Army still takes steps to ensure the disease is kept under control, Krantz said, in part because there is a higher risk of contracting the disease in countries where soldiers may be deployed.

“Just like any disease, you don’t want it to establish itself,” Krantz said. “There are countries where there is antiriot resistant tuberculosis.”

Gibbs said students will only need to fill out the TB screening form once while at K-State.

“From now on, everyone will have to do it just once,” Gibbs said 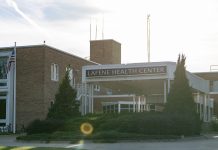 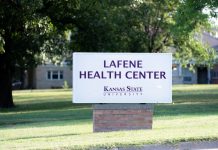 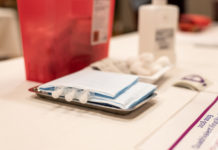 While the pandemic has changed the deadline, students still need to get these immunizations