“The current fall semester is the first time faculty have been able to get (into Canvas) that were not part of the pilot setup,” Rob Caffey, director of the Office of Mediated Education, said.

This is the third semester of the program’s implementation. According to Caffey, K-State pays approximately $300,000 per year for the Canvas system, which will replace the aging K-State Online system students have used in past years. The Canvas powered system will offer students an opportunity to use features not currently part of K-State Online, such as a “what if” grade analysis tool and a dedicated mobile application, which Caffey said students can download and use now.

“Instead of playing catch up, we decided to upgrade to allow students access to some of the new features (offered by newer technology),” Caffey said.

Implementation of the total system is expected to be completed by the end of fall 2015. Already, 363 courses taught by 280 professors have been added to the new system, Caffey said.

For now, both systems exist in effect together. Some students have certain classes using one system, and other classes on the other, meaning they have to jump through some extra hoops to access some of their course material. Caffey said the migration could not happen instantly, because of K-State’s size and the number of courses involved.

“We’re trying very hard to make the coexistence period as painless as possible,” Caffey said. “Please bear with us through this transition period.” 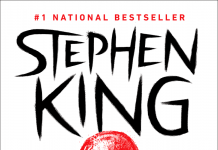 REVIEW: “It” captures the magic and terror of being a child in a masterful horror epic 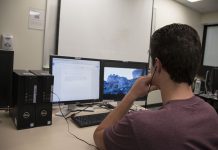