Domitrz, who has been recognized nationally for his “Can I Kiss You?” presentation for over 10 years, returned to K-State to speak for the fourth consecutive year as part of a contract between his project and the K-State Center for Advocacy, Response and Education. The center, also known as C.A.R.E., was initially established to assist women who have been hurt by the crimes of rape and sexual assault. C.A.R.E was originally called the Women’s Center, but was renamed to ensure that people of all genders and survivors of multiple types of violence knew they had somewhere to turn for guidance and support.

A primary goal of C.A.R.E is to help educate students on the key points of safe dating practices, consent and preventing sexual assault.

“We want to develop a culture change,” said Scott Jones, assistant dean of the Office of Student Life. “Some students come to K-State’s campus with negative experiences with relationships, and we want to counter that.”

Domitrz said he became an advocate of sexual assault prevention after learning of the rape of his sister in 1989. Although he struggled to come to terms with the effects the rape had on his sister’s life, and how it affected him as a brother, he began speaking to an educator of sexual assault in 1990. He compiled his own research and gradually honed his “Can I Kiss You?” presentation. After giving the presentation at a national conference in 2002, he began touring nationally and has continued to do so ever since.

“Can I Kiss You?” inspired many K-State students throughout the years, and has increased in popularity as a result.

“My women’s studies class all came as a class, but I’ve also heard of it from other students,” said Brittany Burgess, freshman in pre-nursing, before the presentation started. “I’ve heard it’s supposed to be good and give us a new view on things.”

The presentation began with a twist, as students were encouraged to interact with Twitter, Youtube, Vine and other social media sources the entire time. The tweeter with the most creative or largest amount of tweets won a free T-shirt at the end.

Domitrz said it is important to gain clear consent before acting in an intimate or sexual manner.

Rather than lessening the significance of these incidences by calling them something that seems less harsh, acknowledge that they are possible sexual assault or rape.

2. Consider what you would if it happened to a loved one

Although it can be easy to detach yourself from a possible scenario, Domitrz said he advises viewing the situation as if it was happening to someone you are close to. In doing so, you are more likely to act.

3. Check on the situation

If you feel that a friend is in danger of being sexually assaulted, or that a friend could be creating a situation of sexual assault, do not be afraid to intervene Domitrz said. Stepping in to get your friend out of the situation, even if they are angry with you at the time and regardless of what position they’re in, it can be a critical component to preventing the assault.

4. Backing up others who intervene

Confronting someone who could be drunk, could become angry or both, can be a frightening thing to do. There is strength in numbers and assembling a small group to break up the situation is much easier than confronting the situation alone, Domitrz said.

“(‘Can I Kiss You?’ at K-State) was started because we’d like to increase the talk about healthy dating relationships and consent,” Tripodi said. “Although it is part of the program we have in place, we are also planning on sitting down to create another comprehensive program about sexual violence and healthy dating.” 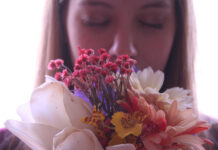 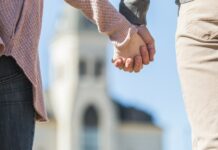 Poor and in love? Cheap Valentine’s Day gift ideas for everyone