Every athlete has a point in their life when they question everything about their career. For senior center B.J. Finney, it was almost 10 years ago when his world underwent a serious change.

J. was Finney’s best friend, his role model and his coach.

“I almost didn’t go out for the football team the season following his passing, just because he wasn’t around,” Finney’s said at Big 12 Media Day. “It was really hard.”

The upsets for Finney didn’t stop with his father’s death; he also had to deal with multiple deaths of loved ones in a very short period.

“Right after my dad passed there was a time span where life wasn’t very fun,” Finney said. “When I say ‘my family,’ I refer to people that were very close family friends that have been there for my family after my dad passed, and we went through 13 family funerals in three and a half years. There was just a time when I was very angry and upset.”

As he walked through some dark struggles, he found a friend and a guide that helped him overcome the sadness and anger that he was feeling in former K-State quarterback Collin Klein.

Klein himself, a newly appointed special assistant for the Wildcats, pointed to the type of character that Finney has as one of the defining characteristics that helped Finney overcome his troubles.

“He is such an amazing person, football aside,” Klein said. “He truly just cares so much, he’ll do anything for you. I see that with his family and his other friends as well, he’s really self-sacrificing.”

The friendship that Finney and Klein had went further then the normal center-quarterback relationship, going to levels has changed both men’s life. Both see each other as family and, more importantly, brothers.

“He really is my brother, I don’t see any different then that,” Klein said at the Wildcats’ preseason Media Day. “Coach Snyder and our program brings people together in a really special way, and B.J. and I were one of those special situations and have a relationship that we will have forever.”

Stemming from his fathers death, Finney’s work ethic and character put him in high regards with both his coaches and teammates alike. For Finney, who is entering his third year as a captain for the K-State football team, it’s about making his father proud of the person he is becoming.

“It would’ve been so much easier for me to go the other way and not be who I am today,” Finney said. “But, I know at the end of the day as long as I strive to be the best person that I can, that I’m making my dad proud. He’s still watching and he’s still here. That’s the way that I live my life.”

The strong work ethic that his father taught him was reinforced during high school and his early years as a Wildcat. It is often one of the most noticed characteristics of Finney to any member if the Wildcats.

“He’s been a leader in our program for a long time,” co-offensive cordinator Del Miller said. “When he first came in as a freshman he was a leader, he was just a no-nonsense guy here to get the job done.”

Not only does Finney have a no-nonsense attitude, he also exemplifies what the Wildcats look for while recruiting in the state of Kansas.

“He exemplifies what our program is really all about: toughness, hard work, great character and perseverance,” offensive line coach Charlie Dickey said. “He cares so much about this school and about what he does.”

In the years since his father’s passing, Finney said he recognizes that he has accomplished an amazing task in becoming a three-time captain for the Wildcats as a former walk-on. He acknowledges that he has had help along the way, whether from coaches, teammates or, even more important, family.

“I’m truly blessed to be in the position I am, not only from where I’ve been in life but to where I’m at,” Finney said. “I’ve had a huge helping in support in family members and people who I call family, without them I wouldn’t be where I am.”

“I made him a promise that if I was going to play football, I was going to take it to the next level and play college ball somewhere,” Finney said. “It was just one of those things that I wanted to make happen after he passed.” 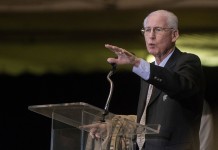 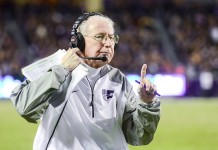 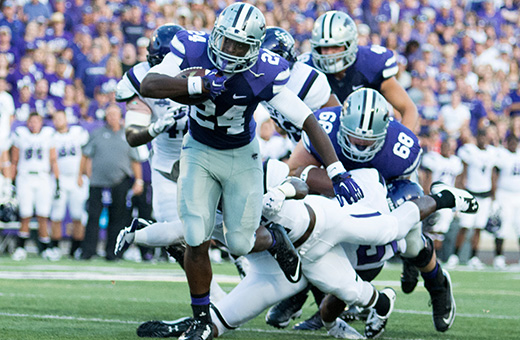 Powercat Profile: A patient love of the game