The grand ballroom of the K-State Student Union was filled with tables showcasing various international programs on Wednesday afternoon for the K-State Study Abroad Fair.

“We have the fair twice a year, once in the fall and once in the spring,” Brent Holliday, study abroad adviser, said. “(The fall one) is probably the bigger of the two.”

Whitney Last, sophomore in pre-pharmacy, said she attended the fair because she always wanted to travel.

According to Last, her favorite was the Germany table because it had lots of information on it.

Holliday said there were 70 tables at the fair, with information about various study abroad options. Students can spend varying time frames abroad, depending on the type of program. Some are as short as a week, while others can last a semester or even a whole year, Holliday said.

Thinking about the financial implications of studying abroad can be overwhelming. Exchange programs, however, are an option that allows students to study abroad while still paying tuition at the K-State tuition rate.

“It allows people to study abroad at the cost of attending K-State,” Holliday said. “I think (the added cost) is something a lot of students worry about.”

Chad Willhite, freshman in computer science, said he had been interested in study abroad opportunities since he had first heard about them, which is why he attended the fair. He said getting out of the U.S. would be fun.

“I think (traveling) globally would be cool,” Willhite said. “I want to hit up those European countries.”

Willhite said his favorite of the tables was the one for Italy, though he said he couldn’t explain why.

“I don’t know,” Willhite said. “There’s just something drawing me to it.”

Another option for students are faculty-led programs. In these programs, Holliday said a faculty member organizes a trip abroad with students.

“(The fair is) an opportunity for (faculty) to talk about their programs,” Holliday said. 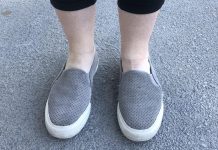 Minute in My Shoes: Trip abroad inspired senior to her passion 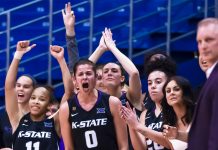 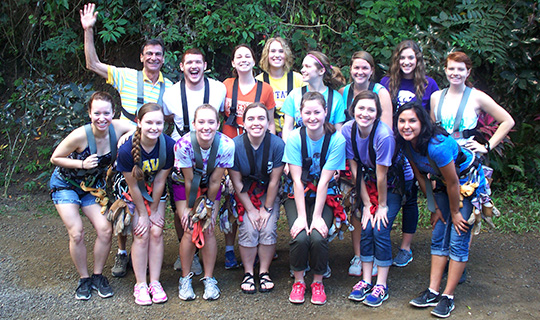