On Monday, the city of Olathe, Kansas cut the ribbon for the new American International Group Inc. call center, according to a Star Business Weekly article. AIG is one of the world’s largest international insurance companies, according to the article. Already, there are approximately 600 AIG workers in the area, but the opening of this center is expected to create around 300 new jobs by the end of 2015.

Gov. Sam Brownback told Star Business weekly that by opening an AIG center in Olathe, the company is showing that Kansas is one of the best business environments in the U.S.

AIG will also be working with the University of Kansas to provide business, management and career opportunities for students and alumni.

A severe respiratory virus has been infecting children throughout the South and Midwest. According to The Kansas City Star, enterovirus D68 (also known as EV-D68) was first reported to the Centers for Disease Control and Prevention on Aug. 19 by Children’s Mercy Hospital in Kansas City, Missouri. Four days later, University of Chicago Medicine Comer Children’s Hospital reported an unusual surge in respiratory illnesses to the CDC, possibly spread by coughing and sneezing.

There are enough cases of EV-D68 at Children’s Mercy that additional bedding has been set up in the intensive care unit. According to the same article, the Children’s Mercy emergency room saw about 700 patients in one day. Of the 646 patients tested for the virus, 498 were positive. No deaths have been reported in due to the virus at this point.

The past few weeks, the spread of the virus has leveled out in Kansas City. Instead of 50-60 patients being tested for EV-D68 a couple of weeks ago, only around 15-20 patients are being tested, Mary Anne Jackson, chief of infectious diseases at Children’s Mercy, told The Star.

President Barack Obama announced Monday that he will be taking a more offensive stance against the Islamic State of Iraq and the Levant, according to an Associated Press article published Monday.

This new plan is much more aggressive than the one Obama previously supported, and will be outlined along with several other issues in an address on Wednesday, according to AP. During this speech, Secretary of State John Kerry will be in Saudi Arabia and Jordan to work on gaining more support for the new campaign from Middle East leaders. Already, Obama has Canada, Estonia, Kuwait and Australia on board.

Among other changes, Obama said he is considering expanding airstrikes in Syria, something he was very reluctant to consider previously, according to the article. Obama has gathered several prominent foreign policy experts to discuss and advise him in what to do next. 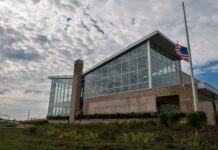 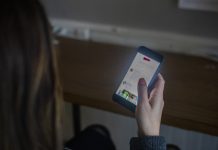