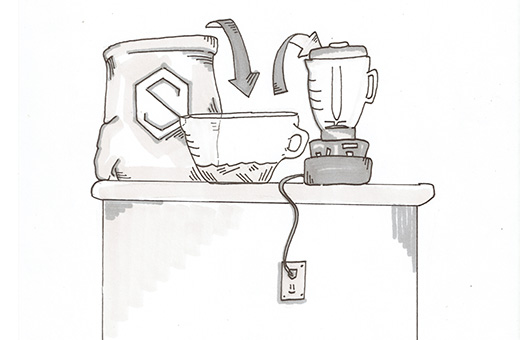 There is a big push to eat healthy nowadays with obesity on the rise. We’ve all seen the upswing of fad diets and health foods.

One such diet is called the boredom diet, or eating the same thing for every meal. In an article by the Daily Mail, the process is aptly named because of how interested you become in the food. Gradually, you become tired of eating the same thing every day, so you intake less calories. Its easy to count the ones you do eat, because you start from the same base constantly.

Earlier this year, the story of Dan Janssen, an Ellicott City, Maryland man who claimed to have eaten nothing but pizza for the last 25 years, was covered by multiple news outlets. He told TODAY.com that his freezer is full of frozen pizzas. Every doctor that checks his cholesterol and blood pressure comes back with good results. To be fair, he does snack on Raisin Bran occasionally, so he still does have some healthy foods in the mix.

This has been the problem for diet foods: no one thing has it all. According to Shape and CNN Health, eating a monotonous diet means that you miss out on essential nutrients that are found only in certain foods. As such, switching up what you eat occasionally will ensure you miss out on crucial vitamins and nutrients.

However, a recent nutrient drink breakthrough addresses this issue. Soylent is a nutrient drink made of soy, protein, carbohydrates and added nutrients. It contains essential vitamins and nutrients for the body, mixed with rice and soy for protein. It’s even already measured for consumption – one bag of Soylent equals one meal that meats basic nutritional requirements. Just mix it up and drink accordingly throughout the day. Soylent’s inventor, Rob Rhinehart, said in May to The New Yorker that he had been living off Soylent for 90 percent of his meals for a year and a half.

There is just one problem: it has no taste and feels like runny, grainy pancake batter. A New York Times food writer drank it for a week and found it to be a completely joyless experience. This begs the question: do we drink Soylent for its utilitarian value though it lacks the emotionally fulfilling experience that eating can be? This is zombie food you pour into a blender and just add water. It doesn’t have varying textures, flavors or other ways to differentiate it from meals you eat day after day.

I’ve required an all-liquid diet before. Twice, it was recovering from basic surgery. Most of us can remember the aftermath of having our wisdom teeth removed. All the milkshakes, pudding supplements and Gatorade in the world could not compare to that first real, solid meal after we recovered. That burger, for me, was not just any burger – it was the greatest burger on the planet.

With Soylent, you replace that feeling with goop. Personally, I think it’s going to go the way of all the other soy and health drinks have gone: a few brave souls will stomach it because Soylent sounds like the zombie food it is named after. They will get the nutrients they need, but not without sacrificing satisfaction.

Patrick White is a senior in mass communications. Please send comments to opinion@kstatecollegian.com. 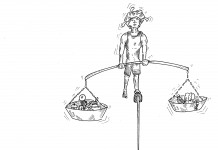 OPINION: Being a vegan is a healthy alternative lifestyle