Kays said he had recently met with K-State Parking Services and assured senators that action was being taken to remedy the issues with the parking garage. The new payment system being installed created problems, though most issues have been resolved. While Parking Services intended to have the system completely up-to-date by the end of July, due to the new signs coming in only five days prior to school starting, the project was delayed. Kays said Parking Services anticipates having the signs and payment systems synced very soon.

“Parking Services is working very hard,” Kays said. “I had a meeting with them yesterday. I can promise you that they are trying as hard as they can to get that working.”

Kays and Kennedy spoke about the progress they have made toward their campaign platforms: Your Education, Your Passion, Your Life.

Your Passion focused on getting all campus organizations on OrgSync to help organize K-State campus clubs. So far, many clubs have transitioned to being on OrgSync. Kays said an OrgSync professional will be doing training for groups in need on Oct. 15-16.

Steps were also being made toward a more concise student-tutoring center. According to Kays, he and Kennedy have met with many K-State and Manhattan officials, including President Kirk Schulz and Riley County Police Department, about implementing a medical amnesty policy and so far everyone has had a positive reaction to the policy and they anticipate forward movement in the near future.

SGA will be leading a voter registration drive on campus Sept. 29-30 and Oct. 1 to attempt to mobilize the K-State student body.

“There’s one demographic that doesn’t get out and vote very well and it’s students,” said Asher Gilland, junior in business administration.

The K-State Center for Advocacy, Response and Education, in light of the sexual assault upheaval going on across the country, spoke to the senate about the services they offer to victims of sexual abuse and harassment. C.A.R.E. will host an open forum about sexual violence in the Flint Hills Room on Sept. 16 at 8 p.m.

“It’s the K-State way to make sure that students have support,” said Heather Reed, Student Life Office assistant vice president, “We’ve always been in the arena of helping students who have had serious crimes happen to them.”

Several committee appointments were announced and approved by the senate. Mason Crosby, junior in political science, was sworn in as chancellor of the student tribunal and associate attorney general. Brad Hess, junior in marketing, and Monet Straub, senior in political science, were sworn in as justices of student tribunal. Funding was approved for Community Cultural Harmony Week. 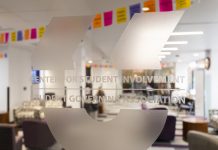 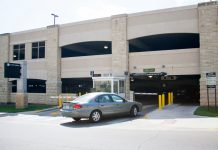 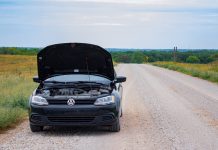 How to handle common mini-emergencies at K-State