According to 1350 KMAN, Sophia Starks, mother of a police-shooting victim back in May, was not at this month’s Riley County Law Board. However, the board still discussed her comments on how she and her son, Dareen, were treated during investigation after a shooting between Dareen and another man at the Hop-N-Skip convenience store.

Riley County Police Director Brad Schoen said the RCPD’s actions were justifiable during the investigation and that he feels the case was handled well. The case is still being investigated, so no other information was available. However, board members said the case report is thorough and had no complaints.

Kansas Republicans lean away from Brownback

According to New York Times, Democratic governor candidate Paul Davis is gaining more support in the upcoming election due to a lack of Republican support for incumbent Gov. Sam Brownback.

Republicans are leaning more towards Davis because of a division on many from Brownback’s policies and decrease in state revenue due to his tax cuts. While Davis has been unclear on much of his campaign, he made a point to call out Brownback on his shortcomings, according to the article.

“There’s just a lot of negative momentum behind Brownback, and Davis has been hammering that home,” said Chapman Rackaway, a political-science professor at Fort Hays State University, in the article.

The freeze is not supported by the House or Senate, according to Ray Merrick, Republican speaker of the House. Spending is also an issue being addressed as Brownback poured millions of dollars toward education and technical training, but little of that money is making its way to the classroom.

According to the Kansas City Star, the Jackson County Legislature announced its interest in hosting a future Super Bowl game at Arrowhead Stadium. The article said the National Football League should consider Jackson County and should not worry about the weather in the region.

The Legislature argued that if New Jersey was able to host the Super Bowl, then Kansas City should be able to.

Arrowhead Stadium, which was updated in 2010, has one of the highest seating capacities in the league.

Jackson County Legislator Crystal Williams told the Kansas City Star that hosting the Super Bowl would not only boost the local economy, but also showcase the Midwest’s hospitality and the stadium’s modern facilities.

Editor’s Note: This story was updated Sept. 24 at 9:13 p.m. to reflect clarified information. 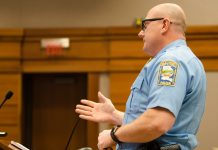 Fake Patty’s and transparency lead at Law Board meeting 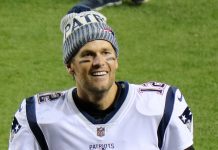