The system didn’t plan for this. Bill Snyder did.

A program once labeled “Futility U” by Sports Illustrated was never meant step into national prominence. The product on the field was hapless, the support in the stands dejected. However, nestled inside the Vanier Football Complex just outside the stadium that now bears his name, Snyder knew K-State football was approaching a critical turning point.

“The opportunity for the greatest turnaround in college football exists here today, and it’s not one to be taken lightly,” a much younger Snyder said at his K-State introduction in 1988.

Little did anyone know sitting in that press conference or reading the papers afterwards, Snyder would deliver on that statement.

In his 25 years in the Little Apple, Snyder has coached, retired and coached some more. He’s led K-State to a 180-90-1 record, two Big 12 Championships and seven bowl victories.

The 74-year-old has become the face of Wildcat football.

All of Snyder’s accolades are of value, providing context for where this program has come from and where it’s going. But the respect that comes with it all is what truly carries weight, presently and when Snyder’s storied career is concluded.

“I don’t know why you’d limit (respect for Snyder) to the Big 12, quite honestly,” Baylor head coach Art Briles said. “It’s a national respect and appreciation. The guy is a genius. Name the head coaches coaching today that, when they walk out on the field, it’s their backyard. That speaks for itself.”

That sentiment is not only shared among coaching veterans such as Briles, who may better relate to Snyder’s practices, but also newcomers like Texas Tech head coach Kliff Kingsbury — the second-youngest head coach in college football.

The formula for success under Snyder is as simple as it is absurd in the context of what college football is today. Five-star players are typically a dream, as are four. Three-star talent is touted in these parts, and two-star is expected — if you’re even starred at all, of course.

Here, junior colleges are the pipeline. Redshirting is the process. The system goes against everything analysts, athletic directors and fans say that is needed to produce a successful team. But it works.

“That star system, whatever it represents, I don’t know,” Snyder said. “I don’t think, and I may be wrong about this, but I don’t think it really is indicative of the quality of character and the kind of value system — intrinsic values — that are so significant in being able to exploit your capabilities over a period of time. That’s what is important to me. Ryan Mueller, when he came into our program, to me he’s a five-star guy. That doesn’t necessarily mean that he was a better athlete than some of the other guys that had five stars, or a guy that had four stars or three stars or whatever the case is. What it tells me is that he has the capacity, because of his value system, to become that kind of a player.”

TCU head coach Gary Patterson, who played and assisted at K-State from 1980-82, said he believes it’s a system that players can easily resonate with.

“To me, it’s about like a feeder system up there for Snyder,” Patterson said. “If you know all the rules, any kid in the state of Kansas can get into school at K-State and play. He’s done a fantastic job at growing them up. What he’s done with the walk-on program — Jordy (Nelson), even Ryan Mueller started as a walk on — it’s great. Kansas kids play a lot of sports and so giving them a chance to develop shows what kind of program he has up there.”

Giving players a chance is only part of the equation, though, according to former K-State quarterback and current assistant coach Collin Klein.

“He truly cares,” Klein said. “He asks and requires that of all his players truly care, give your best and get better every day. It doesn’t matter where you start, it’s where you finish. A lot of us, myself included, were not highly recruited out of high school, so you buy into that model of daily improvement. To coach’s credit and our staff’s credit, over the years they’ve been able to identify that and nurture and grow that potential in players. The environment here is special.”

What was an opportunity in 1988 is now a reality in 2014. Today, the stands are packed with purple and overflowing with pride. On the field, K-State football annually exceeds expectations, playing as a unified family out to prove naysayers wrong.

Standing under it all is the same man who’s continued to deliver from day one — Snyder.

“When Bill Snyder walks in, if you don’t turn and listen, then that’s your fault,” Briles said. “That means you have a problem because the man knows what he’s doing. He’s been doing it for as long as anybody over the last 50 years. It’s pretty phenomenal.” 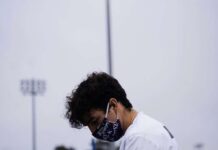 ‘He has an amazing work ethic’: Sophomore videographer finds passion in making content for K-StateHD.TV 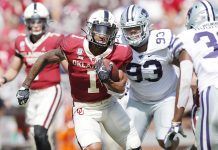