According to a news release from K-State Information Technology Services, K-State’s online accounts came under attack from an increased amount of email phishing at the start of every semester.

The phishing emails work under the pretense of needing your password for “emergency” reasons, such as needing to upgrade your account or that your storage limit is full, but the Information Technology Services staff emphasizes that K-State will never ask for your password over email, and that you should never provide your eID password to anyone through email.

If someone gains access to your eID, they will be able to access and damage K-State resources such as webmail, HRIS, iSIS, wireless campus networks and K-State Online. Stolen passwords can also be used to send spam messages to other accounts.

Sears to close in December

General Manager Allen Raynor told Kansas First News (the mall) is disappointed to lose such a well known name, but they are looking forward to a new store. There is currently no announced replacement.

According to a news release from Jimmy John’s, the sandwich store has reported credit and debit card data at certain locations may have been compromised.

The company became aware of a possible security incident on July 30, and hired third party forensics experts to investigate. The investigation is still ongoing, but it appears that an intruder stole login credentials and used them to remotely access the point-of-sale systems at various locations between June 16 and Sept. 5. The compromise has been contained, and cards can once again be securely used at Jimmy John’s stores.

Of the 216 stores affected, locations in Lawrence, Lansing and Wichita were impacted by the breach. Jimmy John’s is offering identity protection services to customers whose data was compromised.

Rather than being about a literal zombie apocalypse, Zombie Preparedness month is intended to use the pop culture obsession with zombies to encourage awareness of disaster planning and response.

“If you’re equipped to handle the zombie apocalypse, then you’re prepared for tornadoes, severe storms, fire and any other natural disaster Kansas usually faces,” said Devan Tucking, Human Services Officer with the Kansas Division of Emergency Management in the article.

Kansans are being called on to devise a survival plan that could be used in case of a zombie outbreak. Five of the top entries will will be highlighted during “Zombie Preparedness Day,” which will take place in Topeka on Oct. 25. 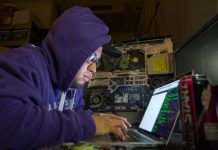 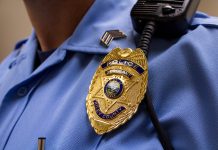 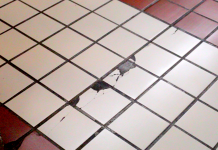