Win or lose, K-State head coach Bill Snyder rarely raves about his team. Following an outstanding defensive effort against the No. 5 team in the country, the 74-year-old couldn’t help but speak highly of his defense.

“I thought it was awfully good,” Snyder said Tuesday at his weekly press conference. “We probably would not have gotten all of that if we did not turn the ball over down there. I thought that all of our youngsters played really well and played within the system. Our coaches did a marvelous job preparing them.”

How good? The K-State defense held Auburn to just 128 rushing yards on 45 carries, the fewest yardage total since head coach Gus Malzahn took over the program in 2013. Auburn’s 20 points also snapped a 12-game streak where the Tigers scored 30 points or more in each contest.

“I think we had some good fortune with having some extra preparation time,” Snyder said. “Auburn had the same amount of time, but nevertheless, it is responsibility football, it is option football, for the most part. You have to be truly disciplined to focus on your assignments, to not jump at things that you should not jump at. It takes some patience with some of the young guys that like to fly around and make tackles. The added time I think helped. Coach (Blake) Seiler did a really nice job with our defensive ends, because there was a lot of pressure on them to play well in that ballgame with so many responsibilities that they had.”

Those grass-root fundamentals and being responsible at every position were key against Auburn, something that can be taken and used in games down the road. Overall, the K-State defense also learned a lot about themselves.

“I think having trust in our teammates is huge,” senior linebacker Jonathan Truman said. “As a defense, we are a tight-knit group, and we came together. I think we can play well when we need to, and we need to always.”

At 11 a.m. on Saturday, the Wildcats will host UTEP (2-1) – another team set on running the ball. It’ll be another opportunity for the K-State defense to gain confidence heading into the true start of the conference season.

“They are a tough football team, hard-nosed and tough up front,” Truman said. “They run the ball well. They have proved that with all of their statistics. They are up at the top in the country in rushing right now so it is going to be a big challenge for us, but we are up for it.”

UTEP running back Aaron Jones is currently fourth in the country in rushing yards, averaging 183 yards per game. He has seven touchdowns through three games and is averaging eight yards per carry — all of this as just a sophomore.

“As it relates to him as a player, I like the fact that he has some speed and can move around pretty well,” Snyder said. “He runs well, and aggressively, straight ahead. He’s a good downhill runner and he carries piles. You cannot arm tackle him – he won’t allow that to happen. He does not have great size, but he runs like a 215-to 220-pound running back. I admire that. Obviously, he’s been effective.”

Jones and the Miners traditional rushing attack will be yet another test for the K-State defense. While some around the country believe the Wildcat defense hit its peak against Auburn, Truman and company knows there’s tons of room for improvement.

“We played well, but we’re always looking a the mistakes and all the things that we could have done better,” Truman said. “If we’re not improving then we’re getting worse so that’s what we plan to do: improve.” 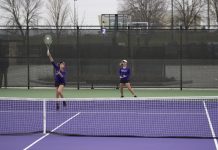