K-State Libraries, Sigma Tau Delta International English Honor Society and the department of English collaborated to host Banned Books Week, a nationally recognized event that highlights the artistic value of books that people have sought to remove from libraries across the country.

“We’ll talk about why they were challenged and why they’re still important pieces of literature, and the idea of removing them is contrary to our First Amendment rights of free speech and expression,” said Daniel Ireton, assistant professor and undergraduate and community service librarian at K-State Libraries.

In 2013, the Office of Intellectual Freedom, a branch of the American Libraries Association, recorded 307 attempts to ban books in public libraries across the U.S. Among those attempts were popular titles such as “The Hunger Games” series, the “Captain Underpants” series and “Perks of Being a Wallflower.”

Banned Books Week seeks to highlight the value of banned books by shining a spotlight on them and appreciating their artistic value. Students, faculty and staff took to a podium in a “Free Speech Zone” from noon to 1 p.m. on Bosco Student Plaza, Monday to today, to read aloud excerpts from banned books.

The organizers will also host a panel titled “Banned Books: A Conversation About Censorship” from 4-5 p.m. today in the K-State Student Union’s Little Theater. The panel will host representatives from libraries on the college, high school and community levels.

Banned Books Week ends with a movie screening of “The Hunger Games” at the Manhattan Public Library at 2 p.m. on Saturday. “The Hunger Games” was the fifth most challenged book in 2013 on the grounds of “religious viewpoints” that were “unsuited for age groups.”

Susan Withee, adult services manager at the Manhattan Public Library, said that while the library does not keep statistics for complaints, attempts to remove books from the library are extremely rare in Manhattan. Withee said there was only one instance in 2014 where a book received opposition. Although she did not mention which book was challenged, she said it was on the grounds of it being “inappropriate for age groups.” After a formal review, the decision was made to keep the book on library shelves.

Ireton said most people who ban books do so based their perception of the book without actually reading it. He said these people are generally parents who deem certain books as inappropriate for certain ages – mostly their children. This affects the community at large as these people take away the freedom of other parents to choose what they expose their children to.

Muriel Eaton, freshman in biochemistry, read J. D. Salinger’s “The Catcher in the Rye” Wednesday at the Free Speech Zone Event. The book ranks second on the list of most banned and challenged classics according to the American Libraries Association. The coming-of-age novel recounts the conversations and experiences of a teenager roaming around New York after being expelled from school.

Eaton, who attended Blue Valley North High School in Overland Park, said she had to sign a waiver before reading the book in high school as it dealt with strong language and adult themes.

“I think those books need to have those elements, because that’s what gets the readers interested and that’s how they develop their message and theme,” Eaton said.

Faye O’Reilly, electronic resources access specialist at the K-State Libraries, read from “Looking for Alaska” by John Green on Wednesday, a book that O’Reilly said has been challenged in Tennessee, New York and New Jersey for strong language and sexual content. The book ranks seventh in the top 10 challenged books for 2013 according to the ALA.

“The book contains strong language, use of cigarettes and things that teenagers do – like making out,” O’Reilly said. “So a lot of parents think it’s inappropriate for their children.”

She said it was important for such themes to exist within young-adult literature, because it’s something that age group can relate to.

While the book she read aloud from was not banned in Kansas, O’Reilly said it was important to be aware of the bigger picture when it comes to banning books.

“If you censor one thing in a different community, it means you can censor it in your own community,” she said.

At its core, Banned Books Week is about speaking out against censorship of ideas. Ireton, who helped organize K-State’s Banned Book Week events, said students need to be aware of the issues regarding censorship because it might be something they have to face in the future.

“The only good response to a bad idea is a good idea,” Ireton said. “To stifle it just won’t work.” 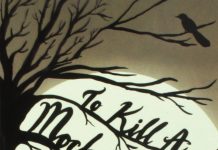 Banned Book Highlight: “To Kill a Mockingbird” by Harper Lee 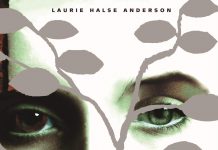 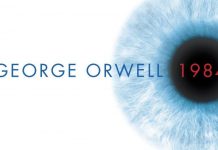