In the Bears’ first “real” competition of the year, they rode a 21-point second quarter to a victory at Jack Trice Stadium, which is one of the toughest stadiums in the Big 12. With the talent that Baylor has in its receiving corps, they can create monster plays to overwhelm any team.

Teams will have to look hard to find weaknesses in the Bears’ game because they are best in the league in rushing defense, scoring offense, total offense and passing efficiency. With that being said, Baylor will have two strong tests ahead in which they will go on the road to Texas and host No. 25 TCU.

Quarterback Daxx Garman showed plenty of growth in the Cowboys’ close, hard-fought victory over Texas Tech on Sept. 25. The junior signal-caller had a career game, throwing for 370 yards and four touchdowns on only 17 completions. Oklahoma State needs to ride his momentum in order to succeed in the Big 12.

In the first three quarters of play this past Saturday, the Wildcats had almost nothing to complain about. The Wildcats’ offensive line is becoming more of a cohesive unit and senior quarterback Jake Waters are clicking on all levels. The offense as a whole has improved significantly since their first conference game against Iowa State. The improvement is just in time to take on Texas Tech this weekend.

The Horned Frogs’ have made a name for themselves on defense, which includes a very talented secondary. In its first three games, TCU holds a scoring margin of +113 points. They will be the latest team playing a conference game and will have to prove their defensive value against much more talented offenses through the rest of the season.

While keeping the game close, the Red Raiders could not overtake the Cowboys in their conference opener. They are ranked third in the Big 12 in passing yards per game, but they are reeling after dropping two straight games. The two games they have won have been by a combined 11 points, with neither coming against a formidable opponent.

Sophomore quarterback Tyrone Swoopes picked up his first win as a starter as well as some much-needed confidence against a reeling Kansas squad. Swoopes, who took over the position after David Ash withdrew from the program due to concussion issues, had another solid game after nearly upsetting UCLA in Arlington the weekend before.

The Longhorns have enough skills to make a resurgence in the conference if Swoopes can continue to make plays along with their solid backfield. They also need their defense to maintain their level of play to remain competitive in the Big 12.

With their only win coming against in-state rival Iowa, the Cyclones have plenty of work to do. Iowa State has allowed 463.2 yards per game, which is last in the Big 12. The Cyclones’ defense is overmatched in the conference due to the league’s high powered offenses. With two of their next three games at Oklahoma State and at Texas, it won’t get any easier for Paul Rhoads and his staff.

Clint Bowen will serve as interim head coach after spending the last two seasons as Kansas’ defensive coordinator. With presumably the worst quarterback in the conference, the Jayhawks are stuck at the bottom of the league and will look up at the rest of the league until they can squeak out a win. 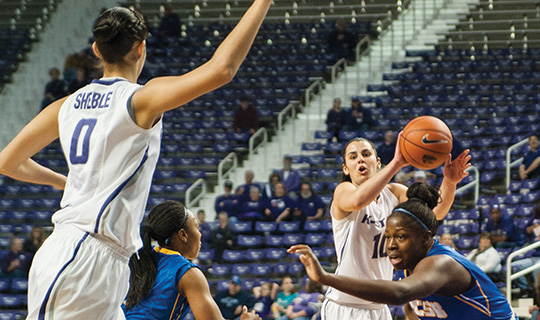