Melvin Kirk, 61, of McPherson, Kansas, was arrested for possession of cocaine with intent to distribute, possession of marijuana with intent to distribute as well and other drug related offenses Wednesday night. The arrest comes after an ongoing investigation into the distribution of illegal drugs in the Manhattan and Riley County Area, according to a Riley County Police Department press release.

Kirk was arrested on the 900 block of Pottawatomie Lane. Other charges included possession of felony level drug paraphernalia and interference with law enforcement. Approximately 8 grams of cocaine, and approximately 72 grams of marijuana were seized because of the arrest. Bond was set at $15,000. 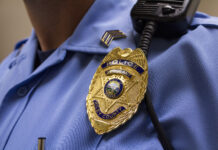