Reorganization of the bylaw for the judicial branch was a high priority for the Student Governing Association during their Thursday meeting. New bills restructured the student tribunal and student review board to each include two off-campus students, unaffiliated with any recognized university living organization or housing unit; two students belonging to a fraternity or sorority and are members of the Interfraternity Council, Panhellenic Council or National Pan-Hellenic Council; two students currently residing in a university residence hall; and two students at-large, to be better representatives of the student body.

There were also changes made to the method of appointing the attorney general, including naming the appointee for the coming year, at an earlier date, to allow them to attend a training conference in February.

Senators voted to support the Academic Freedom policy, which protects the free exchange of controversial views to encourage an honest and frank intellectual exchange of ideas and concepts, being added indefinitely to the list of optional additions in course syllabi on the Provost website.

City Commissioner Rich Jankovich spoke to senators about the relationship between the city of Manhattan and K-State, as well as the City-University Fund. Jankovich has spoken to SGA four times since his re-election for City Commission in 2013.

“Typically City-University funds have been used for some unique projects that enhance the quality of life,” said Jankovich.

Student Body President Reagan Kays, senior in agribusiness, announced that Workshop Architecture, , the firm signed on for the K-State Student Union renovation, will be on campus to gather ideas from students Oct. 15-17. K-State’s beverage contract is also currently open to bids.

An open forum will be held to help clubs know how to apply for allocations Oct. 6 from 2:30-3:30 p.m. and Oct. 7 from 1:30-2:30 p.m. Sarah Haley, senior in psychology and governmental relations committee chair, announced that SGA was successful in registering 123 new student voters through its voter registration drive on campus.

Commendations were given to Logan Britton, senior in agricultural communications and agricultural economics, for receiving the Livestock Publication Council Forrest Bassford Student Award sponsored by Altech at the Ag Media Summit. Ava Clark, junior in industrial engineering and Chance Berndt, senior in marketing, were also given commendations for their work as K-State Student Ambassadors throughout the past year.

Applications are being accepted for an elections commissioner. Applicants must not be running for office and may apply through SGA’s OrgSync page or by contacting Speaker of the Senate Abby Works, senior in chemistry.

K-State is offering a climate survey for students to speak their mind about K-State’s campus and environment. The survey, which can be found at k-state.edu/climatesurvey, will help K-State improve. Participants can also win an iPad, McCain Performance Series tickets, a tuition credit equal to 3 credit hours of resident undergraduate tuition, a preferred spot in the parking garage, K-State basketball and football tickets and more.

Funding was approved for the Agricultural Education Club to have eight members attend the National FFA Organization Convention & Expo in Louisville, Kentucky from Oct. 29 to Nov. 1. The Architectural Engineering Institute also received funding to send 12 members to the Green Build International Conference and Expo in New Orleans, Louisiana, Oct. 22-23. Monies were also allocated to 14 members of K-State ROTC to attend the Army Ten-Miler and the Association of the U.S. Army Annual Meeting and Exposition in Washington, D.C., Oct. 9-16. 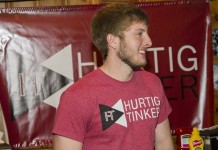