Access to Lovers Lane from N. Manhattan Avenue will be closed off starting today, primarily affecting the president’s residence and Justin Hall, according to a press release from K-State. The reason for the closure is the construction of a new 12.5 KV duct bank.

The estimated time of closure is today through Oct. 24. The west portion of Lovers Lane will need to be converted back to two-way traffic for K-State president’s resident access.

According to a press release from the Kansas Department of Agriculture, K-State was awarded two grants as part of the Specialty Crop Block Program, with the purpose of increasing opportunities for special crop production in Kansas.

One nearly $70,000 grant will go to the project of Eleni Pliakoni, assistant professor of horticulture forestry and recreation at K-State Olathe. Pliakoni’s overall objective is to improve the efficiency of storage and distribution of specialty crops and to develop educational resources to educate specialty crops producers on food safety practices.

The other roughly $30,000 grant will go to the Department of Horticulture and Cary Rivard, assistant professor of horticulture forestry and recreation, for the development of a survey to document the economic impact of fruit and vegetable growers in Kansas.

After Kansas tax collections in July, August and September were $22 million short of what was expected, the budget shortfall prediction for July 2016 increased from $238 million to $260 million, according to Associated Press. The budget shortfall represents the deficit between anticipated revenues and current spending commitments.

The Kansas Constitution does not permit a budget deficit according to the article, so Gov. Sam Brownback and his lawmakers will have to find a way to prevent any shortfall. The administration said in the article that it has currently identified $101 million in potential budget savings.

According to a press release from the Kansas Department of Wildlife, Parks and Tourism, Pomona Reservoir was added to the list of aquatic nuisance species designated waters in Kansas, as the presence of zebra mussels was confirmed in the Osage County body of water. Several other reservoirs in northeast Kansas also have zebra mussel infestations, including Milford, Perry, John Redmond, Clinton and Melvern.

A small group of the mussels was first found on Sept. 23, with more discovered the following day. KDWPT is sampling other portions of the lake to determine if the population is spreading.

Officials of KDWPT emphasize in the release that there is no currently known method to completely eradicate zebra mussels from a lake, although one possible option is a chemical treatment that would result in a temporary closing of affected areas of the reservoir. According to Jessica Howell, KDWPT aquatic nuisance species coordinator, prevention is the best method for preventing the spread, as they often latch onto boats and other water equipment.

“Always clean, drain and dry boats and other equipment and don’t transfer lake water or live fish to another body of water,” Howell said in the release. “This can help stop the spread of not only zebra mussels, but most aquatic nuisance species that may be present.”

There are a total of 23 Kansas lakes with confirmed zebra mussel populations. 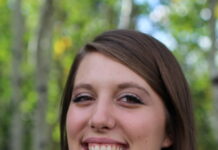 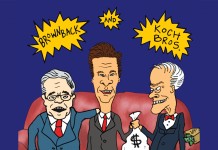 Kansas is on the brink of collapse … but what about K-State?

Kansas is on the brink of collapse … but what about...