It all started when someone told me, “K-State is basically Disney World.” At first, I wasn’t sure what he meant. I mean, he was comparing a location that ranked fifth on Forbes’ top tourist attractions with good ole’ K-State. Sure, out of 379 colleges the Princeton Review named our campus No. 7 for best quality of life and No. 6 for happiest students; but I still didn’t understand the comparison.

Just a few months later, I embarked on a journey with the Disney College Program which helped me with my confusion.

Essentially, the Walt Disney World Resort in Florida and Disneyland Resort in California offer semester-long internships for current or recently graduated college students. The program is designed to give students experience working for a Fortune 500 company, regardless of their major. According to the Disney College Program website, the program provides opportunities, “to build transferable skills such as problem-solving, teamwork, guest service and effective communication.” 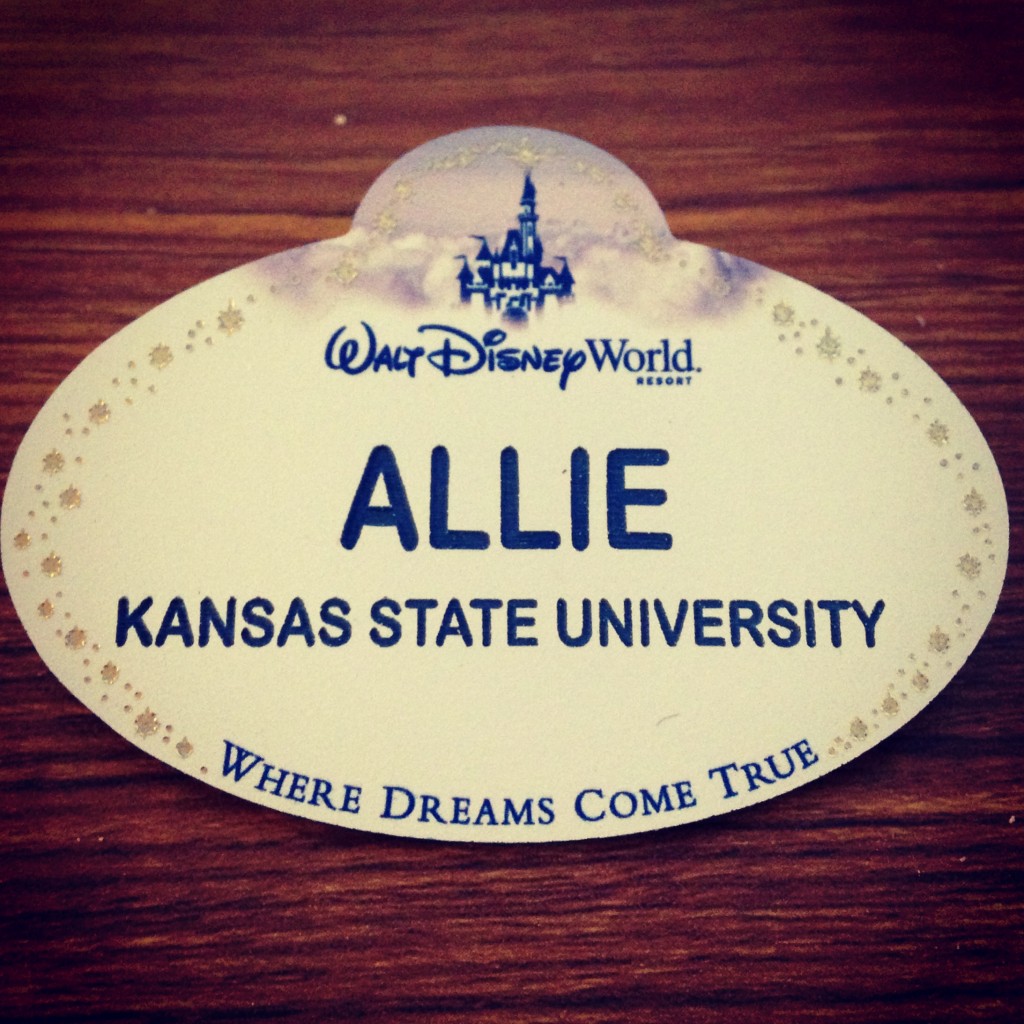 I worked at Epcot, one of the four theme parks at Disney World, at an attraction called Mission: Space. That’s right, I was paid to dress up as an astronaut every day for work. After my internship ended, I returned to K-State. This is when I started to understand the phrase “K-State is basically Disney World.”

There were a few obvious differences from our campus compared to the theme parks, but to my surprise, they were very similar to each other.

People: Sadly, K-State doesn’t have children running around campus every day; just students trying to get to class on time. Occasionally you encounter the infamous runner who’s late. Mickey Mouse isn’t strolling through campus either, but you may catch a rare sighting of Willie the Wildcat.

Diversity: According to the Office of International Programs, K-State is home to more than 24,000 students from both the U.S. and over 100 other countries. That’s a lot of great diversity packed into one area. Disney World is the same in some respects, as many people visit from all over the world.

The difference with K-State is that the 24,000 of us have an opportunity to interact and get to know each other on a daily basis. At Disney, you would have the chance to talk to someone in the two-hour line for Mission: Space.

Spotless: Walt Disney conducted a study which concluded that the average person won’t walk more than 30 feet to throw their trash away. In Walt Disney World, trash cans are situated no more than 30 feet apart throughout the parks. The cleanliness is also made possible by the employees. It is each employee’s responsibility to pick up any trash they may see.

K-State may not be as clean as Disney World, but it’s relatively close. Trash cans and recycling bins are positioned all throughout campus and university employees work hard each day to maintain the cleanliness of the K-State campus.

Goals: Magical experiences, that’s the general purpose of Disney World. K-State can be magical at times and other times, not so much. For instance, you may not have a magical experience with your calculus mid-term or when your car gets stuck in the snow on the way to class. It happens. However, K-State makes up for this lack of magic with academic success and graduation rates.

Family: At Disney World, Walt Disney wanted every cast member to be on a first-name basis with each other to create a family atmosphere. This carries over into the cast members interacting with guests and making them feel like family.

At K-State, we start hearing this concept of family in our freshman orientation. Let’s be honest, we didn’t fully understand it until we experienced it firsthand. Maybe it was your first football game or that time you couldn’t find Umberger Hall and a random student helped you. We’ve all been there. My point is that the students, faculty and staff create that family environment at K-State.

Overall, in our attitudes and actions we make K-State a family. We are kind to each other most of the time (I mean we all have those days). We smile, say “hi” and hold doors for each other. The experience is just as genuine at K-State as it is in Disney World.

Though I finally understand my friend’s comparison, I don’t agree with it. K-State may have similar characteristics, but it’s unique. With our diverse student life, innovative faculty and dedicated staff, K-State is a successful organization that’s been going strong for more than 150 years (Disney World has only been around for 43 years as of last Wednesday). After all, we were No. 11 for best-run colleges in the Princeton Review. We must all be doing something right.

Allie McBrien is a junior in public relations.