Editor’s note: Names in this story have been changed to protect the victim’s identity

“I think the message is: take the stairs.”

Fox News correspondent Brian Kilmeade is one for putting his foot in his mouth, but in this particular instance he, and several other reporters, crossed the line. Ever since the video of former Baltimore Ravens running back Ray Rice knocking out his then-fiancée, Janay Palmer, was released early last month, the blame, questioning and accusations have been seriously misdirected.

Rather than vilify NFL Commissioner Roger Goodell for the slap-on-the-hand punishment of a two-game suspension Rice originally received, or criticize the NFL for its alleged cover up of the video, these reporters have chosen to go attack the victim: Palmer.

“She doesn’t even consider herself a victim of domestic violence,” A.J. Delgado, National Review columnist, said to Fox News. “(Palmer) knocked herself out on the railing … unintended consequence, I’m sure, of what he did.”

Then, when Palmer married Rice shortly after the incident, others asked the age-old question: why didn’t she leave?

According to Jessica Haymaker, coordinator of the Center for Advocacy Response and Education located in Holton Hall, it’s never as simple as “just leaving.”

“Leaving is the most dangerous time for someone,” Haymaker said. “When you leave, it increases the likelihood that it can become lethal … oftentimes you’ll hear victims say he or she told me, ‘If I can’t have you, no one will.’”

Haymaker and her co-worker Jenna Tripodi, who both work to provide support for victims and educate bystanders at CARE, said abuse can be more than just physical. In many cases, victims are completely financially dependent on their abusers. Often, abusers convince their partner to stop working or going to school, effectively trapping the victim.

Jane Doe said this was exactly how her abuser both physically and mentally imprisoned her.

“When we met, I was a bartender and had my own place,” Doe said. “I was also taking night classes at a community college. Eventually he got me to stop all of that though, which is often part of how they (abusers) get true control over the woman.”

She was only 19 years old when the abuse began, and it quickly escalated. According to Doe, domestic violence is more complex than the media makes it out to be.

“People assume there are all these obvious signs that are impossible to miss,” Doe said. “It’s not true. Abusive men are often very likeable and make amazing first impressions. Abuse starts small with things like cursing in a fight or being demanding.”

By the time the physical abuse starts, victims are normally already at a disadvantage. The perpetrator has cut them off from friends and family, making them completely dependent.

The mental abuse perpetuates a cycle. Doe said that her abuser told her it was her fault he was abusing her, that she “makes him be that way.” However, she points out that there was always a “honeymoon period” of sorts where he would apologize, emphatically stating it will never happen again. He would buy Doe gifts and tell her over and over how much he loved her. Then, something would set him off, and the cycle would continue.

The physical abuse made it even harder for Doe to leave. She said she knew he was capable of seriously hurting her, which led fearing for the safety of her friends and family. She also lived in fear for herself; she said she believed that he would kill her if she tried to leave.

“The first time I attempted to leave, he locked me in the bathroom for a week so I physically couldn’t,” Doe said. “Even if I had left, I had no money, nowhere to go and no one to trust. The options in the moment are pretty slim, and at the time you feel totally alone.”

Birgit Wassmuth, professor of gender and media issues and director of the A.Q. Miller School of Journalism at K-State, has a specific fear of her own with regards to female victims of domestic violence. She pointed to the media’s tendency to “sensationalize” this issue in their desperate attempts to be the first to report.

“If a victim is watching (the Rice video) … and she has been raped or attacked by her boyfriend, lover, fiancé, whoever, she may think, ‘Well, there are other people out there worse off than I am,’” Wassmuth said. “That may lead to thinking, ‘Oh, I think I can handle it.’ So she goes back to the boyfriend, or marries him.”

Sensationalizing such a serious issue like domestic violence can be devastating to a victim.

“(Media’s unrealistic coverage) makes it this clear cut and dry thing where the woman abused is making this choice to stay,” Doe said. “Where the men show obvious signs of aggression and the woman is portrayed as ignoring that … a woman from a domestic violence situation ‘should have known better’ as far as most people are concerned.”

Eventually, Doe was able to leave her abuser. Her abuser’s last attack and cop involvement gave her the courage to seek the help she needed.

It took years of therapy to recover, but today Doe is happily married to “a great and caring man nothing like (her) ex.”

It seems that the media cannot truly portray the devastation, intricacies and helplessness that comes with domestic violence. October is Domestic Violence Awareness month, and the media’s coverage has been an affront to its message. The callous reporting of Rice’s case distorts perceptions for viewers and victims. It would be best for the media to refrain from speculating on what they don’t know, as the survivors like Doe reminds us, “until you live it, you can never really understand.” 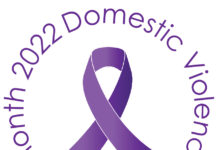 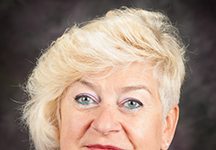