According to K-State Today, two professors recently received the Commerce Bank Distinguished Graduate Faculty Award. Each will receive a $2,500 payment.

Winners Uwe Thumm, professor of physics, and Kun Yan Zhu, professor of entomology, will be recognized at the Graduate School commencement ceremony on Dec. 12, where they will present lectures on their research to the K-State community during the 2014-15 academic year.

“I am extremely humbled and honored to be recognized by the K-State Graduate School,” Zhu said in an email.

Zhu has been with the K-State entomology department since 1995, studying insect molecular toxicology. He received his bachelor’s degree at Zhejiang Agricultural University in Hangzhou, China; his master’s and doctoral degrees from Utah State University in Logan, Utah; and did his postdoctoral research as a research associate and research faculty member at the University of Massachusetts, Amherst, according to K-State Today.

Thumm did not immediately respond to The Collegian’s emails. According to K-State Today, Thumm earned his master’s and doctoral degree from the Albert Ludwig University of Freiburg in Fahnenbergplatz, Germany. Before coming to K-State in 1992, Thumm was a postdoctoral researcher at the Joint Institute for Laboratory Astrophysics in Boulder, Colorado.

According to K-State Today, assistant professor in the College of Education Leah McKeeman recently developed an interactive, open source text that saves students a total of $3,000.

“Being a Google Doc, (the students) like that they can contribute to the text, too,” McKeeman told K-State Today.

The open source text replaces two textbooks, saving students a lot of money while bringing additional sources to the class. The text includes videos, journal articles, wikis and other documents, according to K-State Today.

The open text source is part of the college’s technological goals in the K-State 2025 objectives.

The purpose is to develop more advanced technology, including the Microbial Detection Array – a diagnostic test that could check for 8,000 different microbes.

Two students, Rebecca Ober and Jamie Thompson, both sophomores in veterinary medicine, went to the national laboratory in Livermore, California over the summer to conduct research and learn more about the field. By performing certain tasks for research – such as DNA and RNA amplifications, purification and labeling – Ober and Thompson had the opportunity to learn more about working with other scientists and thinking on their feet, Ober told K-State Today.

The research is being supported by the Kansas Bio and Agro-defense Facility Transition Fund, according to K-State Today.

This year’s SPOOKtacular event at Sunset Zoo saw the highest number of attendees ever at 5,584 guests last weekend.

According to Ella Casey, Sunset Zoo’s marketing and development officer, planning one of the zoo’s largest events is a year-long process.

“It’s a huge task, and we have lots of folks to help,” Casey said.

Casey said the zoo starts ordering candy between six to nine months before the event. They go to local businesses and organizations to gain sponsors. 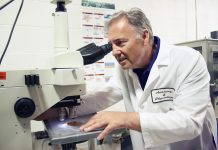 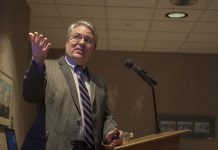 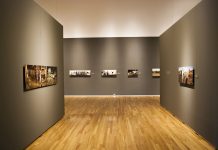