K-State Mortar Board hosts Reading is Power event for kids

“Reading is Power,” a free event hosted by the K-State Mortar Board Senior Honorary, will be held on Sunday, 2-4 p.m at the Leadership Studies Building, according to the Little Apple Post. Children of all ages are welcome to read with K-State athletes and Willie the Wildcat and participate in several super-hero themed crafts and other activities such as making a lava lamp, creating a detective case file and going on a scavenger hunt, all through different superhero themed rooms. Children are invited to dress up as a superhero for the event.

“The goal of the ‘Reading is Power’ event is to show kids that reading can be fun and that reading is a power not everyone is fortunate enough to possess,” said Beth Reichenberger, senior in political science, geology and international studies, and director of National Service Initiatives in Mortar Board.

According to Reichenberger, a change from previous years is the local organization’s involvement in “Reading is Power.” This year, several organizations such as Big Brothers Big Sisters, local daycares, all nine of the local elementary schools and more kid-based groups are participating.

According to Associated Press, FBI in Kansas City, Missouri have seized fake World Series tickets and counterfeit Royals merchandise such as T-shirts, panties, baseball caps and baby clothes. The FBI confiscated 126 phony tickets, a street value of approximately $43,000. Four people, three from New York and one from Atlanta, Georgia, have been arrested and charged with selling counterfeit tickets. Another person is facing charges for selling counterfeit T-shirts in Platte County, Missouri. Authorities encourage those who bought the fake tickets to report it to the police.

Paul and Sandra Edgerley, members of the K-State Foundation’s President’s Club, have made an matching gift challenge of $5 million, according to K-State Today. For every donation made, the Edgerley’s will match donation 50 percent. Already, Julie and Roger Davis of Chicago, members of the Foundation’s President’s Club and several other K-State alumni organizations, have donated $500,000, making the Edgerley donation come to $250,000.

“The idea is to make sure we have one of the best career programs for our students in the United States,” Malekzadeh said via email.

The College of Business Administration has recently received a new software, Interact Software from CenergyIT, that helps sales students to gain an edge over competition in their career. The software records their mock sales calls for future employers and recruiters to view and for students to reflect on for future reference.

“A video of a student’s selling skills is more powerful than any resume,” Dawn Deeter, director of the National Strategic Selling Institute within the College of Business Administration, said via email.

According to K-State Today, the software was provided by Pat and Larry Kendall, both K-State alumni. They also provided funding for students to attend sales competitions. 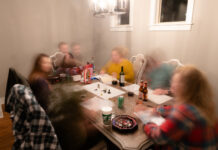 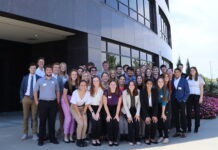