Home Culture Feature African-American, international student perspectives on being in the minority

Have you ever walked into a room and realized you were the only person of a particular race there? Many students at K-State deal with these uncomfortable situations every day when it comes to the lack of minorities in their classes.

In times like these, where you are the “odd ball out” you usually have two choices —either stand up and stand out or shy away in intimidation. When people enter a room, they look for anyone or anything to connect with and, often times, race is the glue that binds people together.

For Hughes, being the only minority in her class pushes her to work harder than students of the majority to avoid falling into a stereotype.

“Since you already stand out, you want to stand out in a good light,” Hughes said.

Although the lack of African-American students drives Hughes to work harder, she said it still feels different being one of the only students in her class without anyone in her race to connect with.

Being the only race in a class can sometimes makes students feel as though they get unwanted attention, because being the only student of color in an entire classroom automatically makes you stand out.

“When you first get into a class and realize you’re the only one in there, you shy away from participation,” Hughes said. “You’re kind of like, ‘Oh I don’t want everybody to look at me and notice me, let me just hide back here with my face in my notes.'”

“One thing is my (American) classmates, don’t really interact with us (Asian students) that often,” Xinyi Wu, graduate student in accounting, said.

Wu often notices that when there is a group of Asian students and a group of American students in class, the two rarely converse. She said if Americans conversed more with international students, it would make them feel a little less uncomfortable.

“Sometimes the professors will include different group assignments to help mix it up,” Wu said.

Deonte Chisloman, freshman in business marketing, said although it’s a different feeling than what white students feel, it doesn’t intimidate him or affect his performance in the class.

“It makes me participate more, because I don’t want them to feel like, ‘Oh, there’s a Black kid in our class and he’s all quiet,'” Chisloman said. “I want the effect to be the opposite.”

For Chunxue Jin, junior in open option, being the only Chinese student in her already nerve-wracking public speaking class makes her feel more nervous.

“I think it’s fine because everyone has their choice, and sometimes it makes people feel more comfortable being around people that look like them,” Jin said.

Khanyisile Hlonyana, freshmen in theater, came to K-State from South Africa and is the only minority student in her public speaking class as well.

“Most of my classes have no more than three Black students, but I do have one class where I’m the only one and sometimes it does make you feel a little uncomfortable,” Hlonyana said.

It’s difficult when you look around and don’t see anyone that looks like yourself. It can be intimidating and very uncomfortable. This initial realization can cause some students to shy away from participating, but it could also have an adverse effect and encourage them to break out of their shell and get involved.

Overcoming these issues involves a group effort from both the students and the professors. If more students branch out and talk to people of other ethnicities outside of just group work, it would make for a more comfortable transition into a new class and, in some cases, a new country.

To help, professors can include numerous group projects where students are grouped by random selection. This will encourage their students to interact with people from different backgrounds, making for a more welcoming and diverse environment. 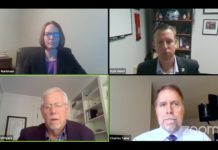 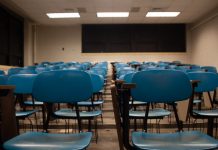 Some classrooms at K-State are a little worse for wear, but improvements are on the horizon 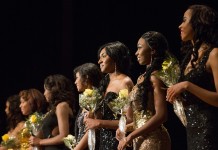