Home Community Letters to Editor Letter to the editor

​I stood in Bosco Student Plaza and watched this group you talk about in your “Take high road” article. I don’t know how long you were there, but when the group first began speaking the woman was looking right at the two groups of girls that were volunteering at their organization’s tables. She proceeded to tell them that they were “whores.” The girls were obviously offended and asked the K-State Student Union staff if there was anything they could do. The Union told them that (Bosco Plaza) was the free speech zone, so they couldn’t stop them.

They did, however, offer to move them inside, an offer one group accepted. So you can defend this groups’ rights all you want and speak of only one person who was attacked, but you really don’t have all the facts. I was there and believe they were purposely attacking these two groups of girls because there was very few people there at that time. The girls chose not to engage with them and found another alternative. I just thought maybe you should have more of the facts before you write the article. 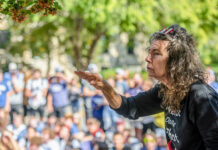 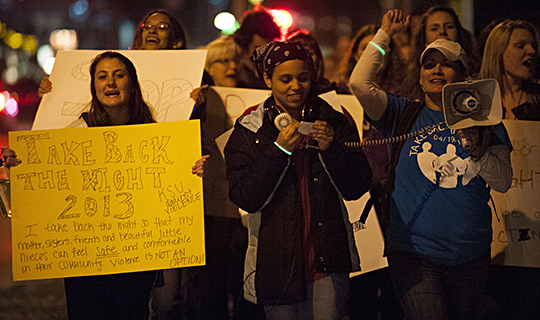 K-State women to Take Back the Night