The body of 53-year-old Mark Goldstein, pilot of the Beechcraft King Air B200 that crashed into the FlightSafety International building last Thursday was recovered from the wreckage Saturday.

According to Wichita Fire Marshal Brad Crisp in a Wichita Eagle article, the delay in the recovery was caused by a need to stabilize the rubble of the building.

The other three victims’ bodies were removed Friday evening, approximately 36 hours after the initial accident. The cause of the crash appears to be an engine failure which occurred briefly after takeoff and resulted in the plane hitting the building near Wichita Mid-Continent Airport.

Although the first three victims’ names have not been officially released, families confirmed three of their names through local media: 48-year-old Nataliya Menestrina, 78-year-old Jay Ferguson and Goldstein, according to The Wichita Eagle. Goldstein’s identity was confirmed by Wichita Police Lt. James Espinoza.

A fourth victim is reported as a currently unnamed Russian simulator pilot, according to reports.

According to AP Wire, the Kansas Department of Revenue reported Friday that Kansas collected 5.2 percent less of the expected tax amount, with a total amount of $417 million. The expected amount had been estimated at $440 million, leaving a $23 million shortage.

Since July, the start of the current fiscal year, the state has seen a 2.6 percent tax collection shortfall and has collected about $47 million less than estimated.

According to the department, the October shortfall was a result of a higher than estimated amount of tax refunds. Budget Director Shawn Sullivan called the shortfall “manageable” and stated Gov. Sam Brownback’s administration is looking for budget savings.

According to The Wichita Eagle, any of the losses are a result of retirement, a lack of staff, a lack of qualified applicants, game wardens relocating to other states and a stagnant pay system which, according the article, has not provided a significant salary increase in over 10 years.

Oklahoma has a total of 120 game wardens and Missouri employs around 160.

Number of motorcycle fatalities has increased in 2014

According to The Kansas City Star, 19 motorcycle riders have died in crashes involving a second vehicle so far in 2014. The number is already four times higher than the total number of fatalities in 2013.

Kansas is also estimated to have more motorcyclists die in crashes not involving a second vehicle. Although authorities have no clear explanation for the increase, some of the fatalities involved improperly licensed or trained riders, speeding and impaired riding. 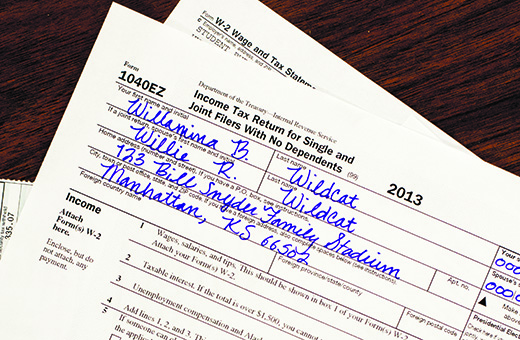