No player is more valuable to their team than Juwan Staten. The guard made his mark in the Big 12 last season, averaging around 18 points per game and putting himself in the top five of the conference in scoring (first), field goal percentage (third), assists (second) and minutes played (first).

Ryan Spangler is a machine, pure and simple. While he put up some nice offensive numbers, his real value to his team last season came from his tough physical play on the defensive end of the floor.

As the Big 12 returning leader in rebounding and top-15 shot blocker, Spangler made a living off of owning the post and imposing his will on both sides of the ball. He may not block every shot, but sometimes what Spangler does to affect a shooter’s stroke is just as noteworthy.

K-State comes into the 2014-15 season bringing almost everything back from a season that went from disaster to solid throughout the course of the year. Even with their decent success, the Wildcats were picked by the coaches to finish fourth.

Look forward to Bruce Weber coaching up an already talent-laden team with some shiny new parts, and finishing in the top three this season.

For the second year in a row, the award for conference newcomer will be stay in Ames, Iowa. Head coach Fred Hoiberg has had a history of landing great transfers at Iowa State and he continues his trend with senior guard Bryce Dejean-Jones, who made waves last season averaging 13 points a game for UNLV.

Timothy Everson is a sophomore in mass communications.

With the Cyclones losing two of their top players from a year ago, Georges Niang is in prime position to push his team to the next level. Niang scored in double-digits 29 times last season, going on to average 16.7 points per game.

The junior will have help from senior transfer Bryce Dejean-Jones and already has experience in beating Kansas – the other top team.

Fred Hoiberg and the 2014-15 Cyclones come into the season having the best chance to perform well in the conference. By retaining Niang and bringing in Dejean-Jones, who will add a lethal scoring touch to the lineup, Hoiberg is poised to take his Cyclones into the NCAA tournament for the fourth straight time.

Texas makes the leap and overcomes adversity late in the season. Although they won’t win the conference, they will rely on its youth and deep bench to defy odds in the Big Dance. The Longhorns have their top five scorers returning and the capability to be very dangerous. 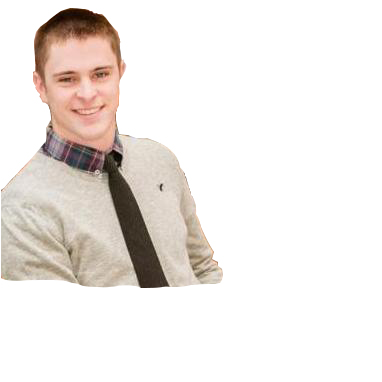 With hard work, including substantial weight loss, this off-season has Niang vying for one of the top spots in the conference heading into the 2014-15 season.

At 6 feet 9 inches and 285 pounds, the junior out of Texas is huge. However, it’s Cameron Ridley’s improvement from season-to-season that has the Longhorns excited for the year ahead.

Ridley averaged 2.2 blocks last season and pulled down 8.2 rebounds per game, all the while averaging less than three fouls per game. Expect big things on the defensive side of the ball for one of the biggest players in the country.

Rick Barnes has been one the most consistent college coaches in the game over the last 16 seasons at Texas. In the last few years in particular, he’s retooled his team’s nucleus with impact talent. It’s taken a while for the group to reach their full potential, but it appears that 2014-15 is the breakout year. Expect Texas to be in the thick of the Big 12 title race all season, and their coach to earn major accolades in the process.

This isn’t the most flashiest conference in the country and it’s probably not going to be as deep as it has been in recent years, either. However, the top half of the conference is stacked with well-built and deep talent and some of the best coaches in the country. That’ll pay dividends come March.

Tate Steinlage is a junior in mass communications.

With the conference full of extremely competitive and balanced teams, it’s hard to pick just one player to take this honor, but during Big 12 and national college basketball fans got a glimpse of what’s in store for Marcus Foster’s career last season.

With Foster’s ability to score and finish as a freshman, expectations and excitement have jumped to a new level for his sophomore campaign.

If Kansas hopes to bounce back from their early NCAA Tournament dismissal, it all starts with No. 34, Perry Ellis.

The Wichita, Kansas native is a crucial piece to head coach Bill Self’s squad this season. Is he Kansas’ best player? No. Will he come close to leading the conference in scoring? Probably not. However, it’s hard to find a player who is as aggressive and dedicated to improving his game than Ellis. Those traits will be most evident on the defensive end of the floor.

To say Barnes has ran through a circus these last two seasons is an understatement. After losing players because of graduation and transfers, he has a team that could contend for a Big 12 championship. It’s a huge testament to Texas administration in keeping him on staff as he restored the order in Austin.

All seven teams that qualified for the 2013-14 tournament will return, with West Virginia joining the talented group.

Juwan Staten, who is West Virginia’s returning leading scorer, was elected Big 12 preseason player of the year and will guide the Mountaineers to the Big Dance for the first time since 2012.

Adam Suderman is a senior in mass communications.