John Floros, dean of the College of Agriculture, said the college’s 2025 plan includes a new building, new ideas and moving the college to a nationally-ranked top five program.

“There isn’t an official ranking, but there are ways we can estimate (our ranking),” Floros said. “I would say right now, we are probably ranked 15-10, thereabouts. We’re better than that when it comes to teaching and education – we are probably already top five (there) – but we’re not there when it comes to research and extension. For the College of Ag, we want to be top five by 2025 (and) one of the world’s top destinations for research and extension.”

The college’s 2025 plan does not just focus on the agriculture program. It also involves the College of Ag’s Research and Extension program. With offices and employees all over the state, research and extension focuses on moving agriculture forward through education and reaches the colleges of Arts and Sciences, Human Ecology, Engineering and Veterinary Medicine too.

“The way we are a little more complicated than what you’ll see with other colleges is that as part of (K-State Research and Extension), we have a huge network of research and extension officers across the state,” Floros said. “We have people in every county, and as part of the strategic plan, they have people that need to be brought in as well.”

The goal of the education component is not limited to students.

“There’s a lot of educating we do that isn’t in the classroom,” Floros said. “So our goal in that respect is really to provide the information (and) the knowledge to our students and to our stakeholders out there, and to do that in a way (that) prepares the next generation of agricultural scientists and research and extension specialists.”

The extension aspect of the College of Agriculture’s 2025 plan is about sharing new research and information with the people who can use it.

The goal of the infrastructure component is focused on improving human capacity, as well as the quality and quantity of the college’s space. Floros said this is the biggest challenge of the College of Agriculture’s 2025 plan.

“We have high quality faculty, great quality with our staff (and) we are getting great quality students,” Floros said. “We can attract some of the best minds out there for our graduate students and our research, but we have a huge limitation when it comes to space. I have faculty telling me, ‘We aren’t going to compete for another grant, we aren’t going to bring in another grad student because we don’t have space.’ I don’t know where to put my students anymore.”

Floros said there are plans for a large new building, and he hopes that becomes a reality by 2025.

Jenna Phelps, sophomore in animal sciences and industry, said she is excited about the international aspect of the plan.

“It will be able to give students and faculty an opportunity to look at international agriculture with a better understanding,” Phelps said. “Students could work with international students and differentiate between the worlds they come from, whether it’s through agriculture, water quantity and quality or promoting better food products.”

Emma Kate Hayes, senior in bakery science and management, said she thinks the plan is a good one.

“I believe it is one that will be a challenge to completely execute, but it is something good to strive for,” Hayes said.

Floros said he wants students to understand that agriculture is always changing, and the College of Agriculture must change with it.

“I would like students to understand that agriculture is not just cows and plows,” Floros said. “I would like them to understand that agriculture today requires huge amounts of science, technology (and) sophisticated types of information that many students will find increasing (in variety). You go to engineering, you become an engineer; you go science you become a scientist; you go to liberal arts and you become a psychologist or whatever. In agriculture, we have a huge diversity of majors. Majors that if you took the rest of the university away, we’ll still be a complete university.”

Floros said he is excited about how the 2025 plan is moving forward in all directions. It’s one of the reasons he came to K-State in 2012.

“The university’s goal of becoming a top 50
university is the most important to me,” Floros said. “That vision of moving to
a better and better place … doesn’t mean that we’re going to make a big
jump. We have to make small, incremental improvement every day, every week,
every month. That’s what getting better is all about.” 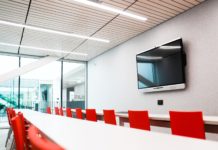 Planting the seed: 2018 Farm Bill starts with farmers at K-State