With their win over the Wildcats, the Horned Frogs have moved much closer to punching their ticket to the college football playoff.

Junior quarterback Trevone Boykin further entrenched himself in the Heisman race with their victory. It was his first 100-yard rushing game of the season. To speak to Boykin’s passing skill, he has a 142.0 passing efficiency.

Art Briles and his team proved that they are deserving of praise with their thrashing of the Sooners. The Bears’ offense looked unstoppable against a defense that was known for being formidable. Even though thy are tied – and technically ahead of TCU in the conference standings – the Bears’ lack of a tough, non-conference schedule is coming to bite them when it’ll be under the most scrutiny.

With the loss to the Horned Frogs, the Wildcats have dropped out of contention for a national championship run. Now, they’ll have to focus on making it out of games against West Virginia and Baylor. The games are completely winnable, but are two games that became much more questionable after K-State’s struggle against TCU.

What more can be said about what the new head coach has done with this program? While being 5-5, the Longhorns have been able to claw their way back in a very competitive conference. Charlie Strong and his team are on a roll, which started with beating all of the lower-caliber teams in the conference. With the win against the ranked Mountaineers, Strong finally has a statement win under his belt.

While the Longhorns haven’t dominated any game statistically, they have been able to compete against most of the teams that they have faced. Four of their five losses have come against ranked opponents and two of those came by less than a touchdown.

The Mountaineers are known to be one of the hardest teams to beat when they’re at home. Unfortunately for Dana Holgorsen’s squad, not all of their games are in Morgantown, West Virginia. However, the Mountaineers remaining two games are against K-State at home and a road trip to Ames, Iowa to face the Cyclones.

Senior Clint Trickett has seen a drop in his performance over the last half of conference play. The Mountaineers quarterback averaged 325 yards per game in the first four conference games, but over the last three games, Trickett has only averaged 216 yards. The drop in production has equaled two losses and if he doesn’t have more production against the Wildcats, they stand the chance of dropping to .500 in conference play.

If Sooners’ fans thought their season was going bad before the Baylor game, they now know that things could go far worse. The Sooners luck has run out after having the highest of hopes in almost all of the Big 12.

After barely losing to TCU, they almost let a hungry Texas team come back on them in the Red River Rivalry. They’ve seen their hopes of a national championship go wide right and now after getting thoroughly shell-shocked by the Bears, they’ll be looking to salvage whatever they can in their last three games of the season. Lucky for Bob Stoops’ squad, they face two of the worst teams in the conference over its final games.

The Jayhawks have finally won a Big 12 game. For only the second time in the last four seasons, Kansas has something to be excited about. They’re so excited that they tore down the goal post after sealing their win against the bottom-ranked team in the conference.

This season has gone progressively downhill for the Cyclones. After starting the season with hard-fought losses to North Dakota State and K-State, the Cyclones have steadily lost all hope to salvage their season. 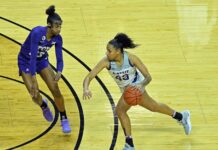 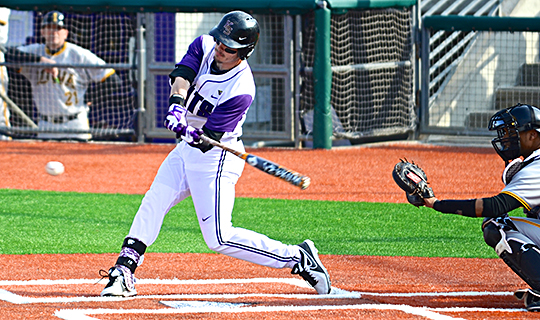