The act of giving a gift is something that may seem simple, almost natural. But what you might not know is that both psychology and culture are important influences on the practice.

“In America I think there are many gift cards, and people give money,” Wang said. “I think (it’s) unnecessary to give us (people) the money.”

There are many unique traditions and practices depending on the culture or country. One tradition in Chinese culture is giving an apple as a gift during the holidays.

“We give apple to mean (we) wish you safe,” Youwei Yang, director of international affairs of the Student Government Association and sophomore in agricultural economics, said. “Apple in Chinese is similar to safety”

Even though each culture has a different set of traditions and ideas, giving a gift is common practice. According to Michael Wesch, associate professor of anthropology at K-State, it is basic human interaction.

“Through most of human history, gift giving has been the primary method of exchange,” Wesch said.

In today’s society, the idea of exchanging gifts can be somewhat of a controversy. Laura Brannon, professor of psychology at K-State, said gifts can have a serious affect on the relationship between the giver and receiver, and instances in which one party is expecting an exchange, instead of simply presenting the gift, can lead to disappointment.

“(Giving gifts) can bring the individuals closer,” Brannon said. “(Or) can lead to resentment.”

According to Brannon both reactions, good and bad, are a result of trying to understand the giver’s reason for giving the gift. Different interpretations of why can impact how the person feels toward the giver.

“Receiving a well-thought out gift can make the recipient feel cared about and strengthen the relationship,” Brannon said. “One negative to receiving gifts is that it can set up a sense of obligation.”

Around the holiday season that feeling of obligation to give a gift is common, especially in commercialized environments. Wesch said he believes that the commercialization of holidays in U.S. creates a negative culture surrounding gifts.

Brannon said one reason gifts have become an important part of our culture, in addition to the desire to show affection and strengthen relationships, is that there are many people who make money off of the act of our giving gifts.

“Advertisers have a very vested interest in keeping us focused on the importance of giving gifts,” Brannon said. “Many advertisements make it seem like the best or only way to show true affection for someone is to buy them a lot of expensive gifts.”

Brannon said research shows that time and effort put into a gift is what matters more than a monetary cost.

“It seems like there is something to the old adage, it’s the thought that counts,” Brannon said.

According to Wang, making something by hand for a friend or family member is unusual, but seems to mean a lot more than buying something.

The act of giving a gift is highly-influenced by psychology and culture. Both seem to say a lot about showing how much a person cares. Whether they choose to show it by giving someone an apple or baking a cake, gifts can impact the future of the relationship. 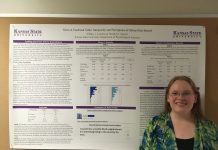 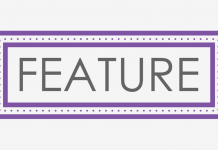