More than 40 years ago, photographer Patricia DuBose Duncan created an exhibition on tallgrass prairies to highlight the endangered ecosystem.

K-State’s Marianna Kistler Beach Museum of Art intends to preserve the exhibit by turning it digital.

According to a K-State press release, the museum will transfer the 40 panels of Duncan’s “The Tallgrass Prairie: An American Landscape” into high-resolution, digital images. These images will display in the form of an interactive touch-screen table to be installed in the gallery-level lobby next spring.

The original exhibition toured from 1971-76. The museum currently houses 98 of Duncan’s works in its collection.

The K-State Marching Band will present its annual Pride of Wildcat Land concert at 3 p.m. on Sunday, Nov. 30 in Ahearn Field House, according to a K-State press release.

The band will perform a number of game day songs, as well as pop music from The Beatles and Journey.

“The marching band concert is a great chance for families of those in the band to come out and watch their relatives perform up close and personal,” Frank Tracz, director of bands, said in the release. “It’s a fun time for both players and parents.”

Admission is $1. Marching band gear and merchandise will also be available at the concert.

According to The Wichita Eagle, the largest quake (recorded at a magnitude of 3.8) was centered northwest of Anthony, Kansas, about 55 miles southwest of Wichita near the Kansas-Oklahoma border early Saturday morning, according to the U.S. Geological Survey.

Two other quakes, both 3.1 magnitude, were reported on Sunday at around 3 a.m. and 8:30 p.m. Both were centered northeast of Anthony. Another 2.4 magnitude quake was reported near Bluff City early Sunday, about 70 miles southwest of Wichita.

Kansas has recorded more than 90 earthquakes so far this year.

About 170 soldiers from the Kansas National Guard will deploy to West Africa in an effort to respond to the ebola outbreak, according to WIBW-TV. The 891st Engineer Battalion – based in Iola, Kansas – will deploy in spring of 2015.

The soldiers will build medical facilities in order to help contend with the virus. The deployment is part of Operation United Assistance, an executive order meant to offer humanitarian assistance to help stop the spread of the virus. 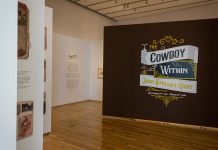 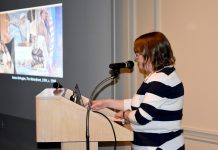